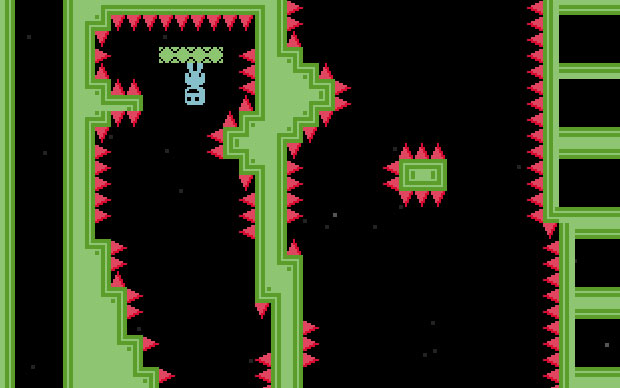 Terry Cavanagh’s ridiculously good platformer VVVVVV has been made even better thanks to its inclusion in the Humble Indie Bundle. The game was rebuilt in C++, guys. That happened! Now Linux users can see what the fuss is about, but you probably already knew that.

Creative types should get a kick out of the new level editor. I’m notoriously bad at working these things, and even I found VVVVVV‘s editor to be intuitive enough. If you’re merely in the mood to play, not build, ten new dimensions have been included as well. This added content is free of charge.

Interestingly (or not), these levels were created by people you may or may not recognize. The screenshot above comes from a dimension crafted by Souleye, the person responsible for the game’s glorious tunes. It made me weep.