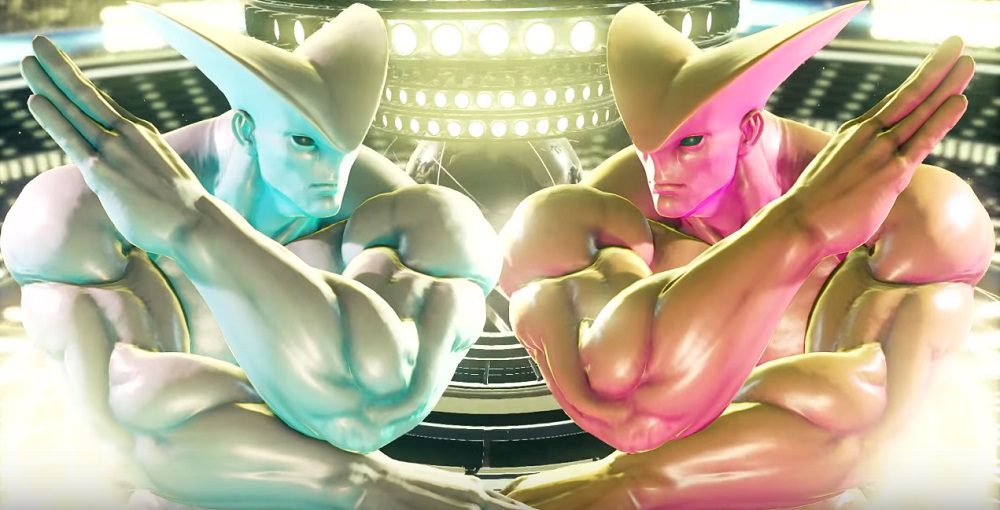 Yesterday, in true Street Fighter V fashion, word was leaked ahead of Capcom’s Winter Update stream that brand new character “Eleven” was set to be revealed as season five’s unannounced DLC star. This turned out not to be the case, as it has become common knowledge that Eleven is, in fact, a “bonus character” – offered to players who pick up the season five Character Pass or new Premium Pass.

But who is Eleven? Well, in basic lore terms, Eleven is a prototype developed by God-bothering megalomaniac Gill – an amorphous, shapeshifting experiment and the precursor to Street Fighter III‘s Twelve. This shapeshifting ability is reflected in Eleven’s playstyle, as it will be SFV‘s “mimic” character. That is to say, Eleven will adopt the animations and moveset of a random character from SFV‘s 40-strong roster before each and every bout.

So, when you select Eleven, you might be selecting Bison, or Rashid, or Falke, or Abigail – with Eleven altering in size and shape to reflect each change. Essentially, to pick Eleven is to truly show off your skill, stepping into the ring as a randomized member of the Street Fighter V roster. Random Select with its own unique persona, more or less. Eleven will only be able to morph into characters the player has purchased, so it can’t be used as a way to play as DLC characters the player doesn’t own. Never change, Capcom… or maybe do.

The Street Fighter V: Champion Editon Winter Update stream offered fans a first look at the SFV iteration of Rose, as well as a breakdown of Dan Hibiki, who arrives in-game on February 22. We also got to see a new training stage, and the new invincible backdash mechanic known as V-Shift. Street Fighter V is most assuredly facing its sunset, but keep those fists taped, as there’s clearly still a helluva lot of throwdowns to be had.