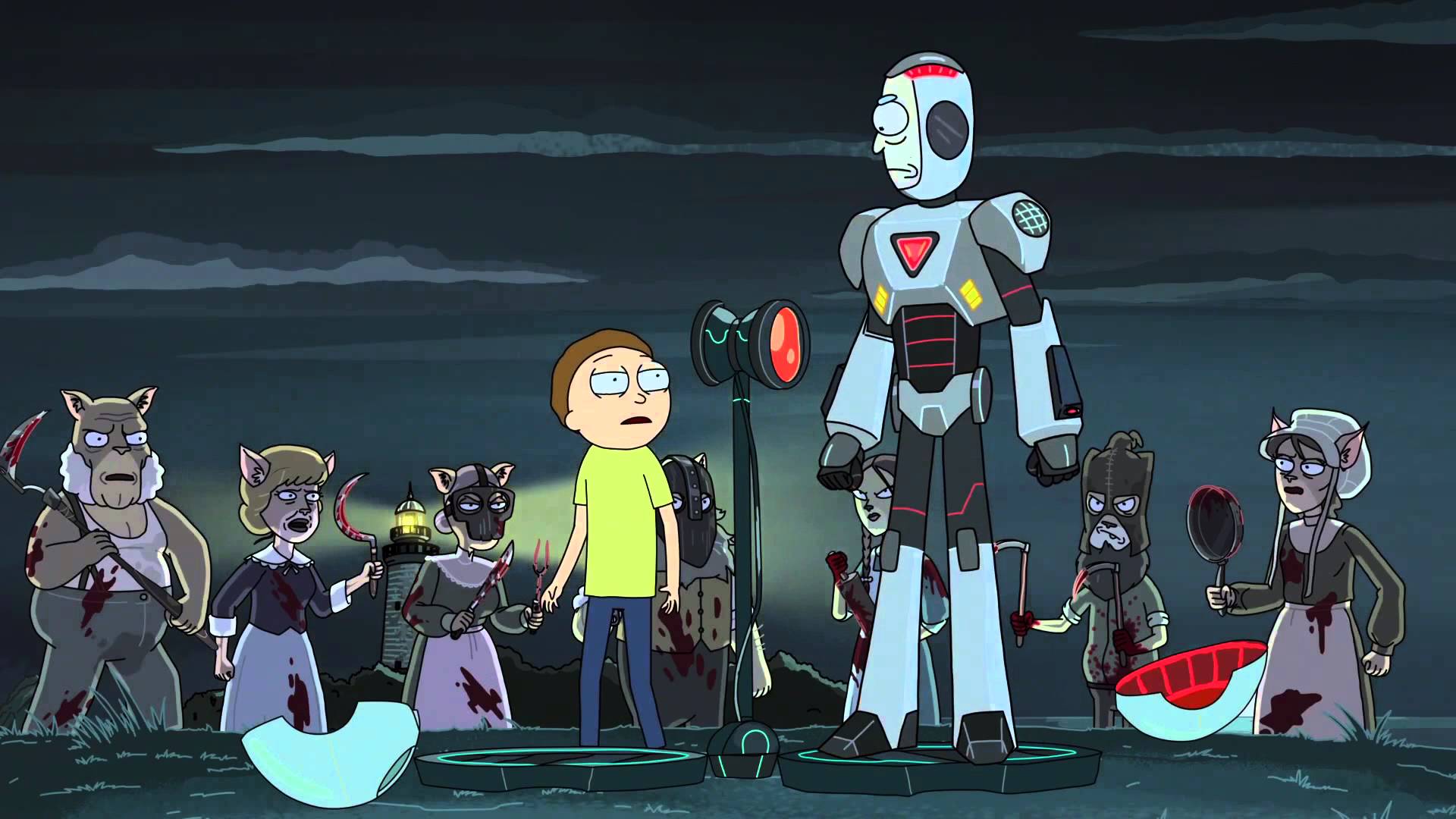 For over two decades, people have played Capcom’s brand of crossover fighting games starring Marvel and Tatsunoko. But Marvel Vs. Capcom: Infinite crashed and burned spectacularly over the course of E3 with its play-it-safe character roster, bland visual direction, ugly graphics, and its devastatingly terrible demo. But hope was not lost as a new star simply Instant Transmissioned into our hearts.

We’ve had Dragonball Z fighting games before, and they were all fine and dandy, but this new iteration from Arc System Works brings it to a whole new level. So much of what makes Dragonball Z unique is recreated in Dragonball FighterZ. Environments being destroyed when ki blasts are deflected, a rush of strikes being exchanged in the blink of an eye, and even high speed movement, directly behind your opponent, is something you can do for the cost of a bar of super meter.

Seeing Dragonball Z recreated so faithfully, and excitedly, had me thinking like most people obsessed with fighting games. What else could become a fighting game? The wonders of a big budget would be awesome, and I make that statement because we co-exist with M.U.G.E.N.

If there’s one thing I love in a game, it’s needlessly complex systems. And Rick and Morty is rife with opportunity for tons of extra mechanics. Everything woven into Rick and Morty is never forgotten and always remembered for canon. The huge repository of content makes cooking up movesets almost impossible. Rick can get down and fight with his fists, but as a scientist he’d proudly use a whole subterranean lair’s worth of gadgets for keepaway like various lasers, his portal gun, the Tictac like grenade he used from The Purge episode, or even the Butter Robot as a low and slow projectile.

Morty could get wild with a variety of ideas like the Dark Matter gun, the love potion spray, and even a simple shove referencing when he snapped at his son. But I’d love to see him spend a bar of meter to enter the power suit he wore, once again from The Purge episode. Even Jerry could be the type of character whose entire moveset revolves around various sudden animations and references, like a heavy punch causes him to suddenly throw out a right hook as buff Jerry or just whip out a shotgun when his dimension turned into Cronenberg world.

Imagine the zany possibilities that come from playing as Frank West from his Capcom fighting games, like pulling out hammers, paddlesaws, and throwing pies or even zombies. That kind of wacky diversity in animations and moves is what I’d love to imagine going into making the characters from Rick and Morty.

When you think about it, pretty much any shonen anime has the rogue’s gallery required for an ensemble fighting game cast. But Trigun‘s incremental Gung-Ho Guns retinue leading up to its final dramatic confrontation with its final boss would make one hell of a story mode.

Pretty much every kit from rushdown (Rai-Dei the Blade) to trickster (Dominique the Cyclops) to a mixture (Monev the Gale) is present, and the main cast would slot right in with Vash’s tri-weapon conceit and Wolfwood’s massive cross armory/rocket launcher. Hell, go all out and frame it like Arc System Works’ Guilty Gear series with one-hit KO ultimates — the pizzazz and personality is there for it.

It was great to see this classic show back in action seven years ago with a film, but it deserves another resurgence. It doesn’t even have an actual game to its name yet as Planet Gunsmoke was canceled!

Pfft, Rick and Morty. More like shit and boring, amirite?

Is this thing on?

Look, if we’re going to talk about television shows that should be turned into fighting games, you can’t start with something as bad as Rick and Morty (Full disclosure: I have seen approximately one episode of Rick and Morty and it wasn’t bad). You have to start with the greats, and there is perhaps no show more perfect for a fighting game than the 90s classic Saved by the Bell. Zack, Slater, Kelly, Lisa, Jessie, and Screech are ripe and ready for combat. Each character easily has a personality that would transfer over wonderfully to the fighting game format. Zack is cool. He moves effortlessly with attacks that are as big and brazen as his schemes. The game could also embrace his completely believable Native American heritage for special attacks with tomahawks and bow and arrows. For his ultra, he could call a timeout and just wail on his opponent.

Slater is an athlete and a dancer, so his move set would be a fast one with plenty of flair. Because he’s an army brat, he could also just shoot his way to victory. Kelly the cheerleader could pom-pom her opponents into submission or smack them over the head with her Max waitress platter. Jessie could pop some of her pills and just get excited then scared. Lisa can just throw cash at the situation and drunkenly crash her mother’s car into you before drowning you in a sea of commas. Screech, as I have been instructed to say, would be an “S-tier character balance.” I don’t know what that means, but sure he’ll be that. He’ll also finish you off with a dirty sanchez.

Six is too few characters for a fighting game, so we throw in Mr. Belding, Tori from season 4, Stacey from that time they all worked at a beach resort, Max from The Max as a magic character, and Mike Rogers from The College Years. Hell, it can even pull over one student from The New Class with Rachel Meyers, aka Gift Shop Girl from Scrubs.

And just who is the big baddie in all this, pulling the strings and getting these students to clash? Miss Bliss, seeking revenge for being fired from the original show.

If you think anything other than The Simpsons would make a great fighting game, you can kick rocks. The Simpsons already had a beat ’em up and a wrestling game (so they already have movesets established), have a vast history to pull from, and have a very recognizable cast that would draw in a ton of money. They’ve even been in several fights in the series, so it’s not like The Simpsons is a property folks who presume wouldn’t stoop to something like this.

Also, the show still rules so you can all kick rocks.

When the topic was originally brought up, I didn’t really have an answer. I’m not one for genre bending with my game series, generally wishing them to stay in their established style and perfect it. Then it dawned on me; there is a series I absolutely love that would be perfect for a fighting game.

Yakuza is all about a man who is a master of martial arts and kicks the crap out of thugs in Japan. You honestly don’t even need to change the combat system; there are combos, light and heavy attacks, grabs, blocks, counters; you name it. You’d just have to figure out how to incorporate multiple players, but I’d say go the route of Pokken and stick each fighter to their own screen.

Since the camera can be a little unwieldy at times, giving each player separate control over a camera would solve any issues of balance or advantage that certain angles might provide. You’d also eliminate side advantage and you’d be able to keep the same intense style the series is known for.

Also, performing heat actions on a friend would be simply amazing.

You know what? These are all acceptable answers but the best idea was left on the cutting room floor. Peter wondered out loud before settling on Yakuza if he should pick Rugrats or Muppet Babies. To which I simply replied, “VERSUS.”

This one’s for you Capcom, so feel free to throw Marvel Vs. Capcom: Infinite into the trash for this idea. Make the check out to Marcel Hoang, because the best idea that never was is Rugrats Vs. Muppet Babies: Crossover of Two Daycares.