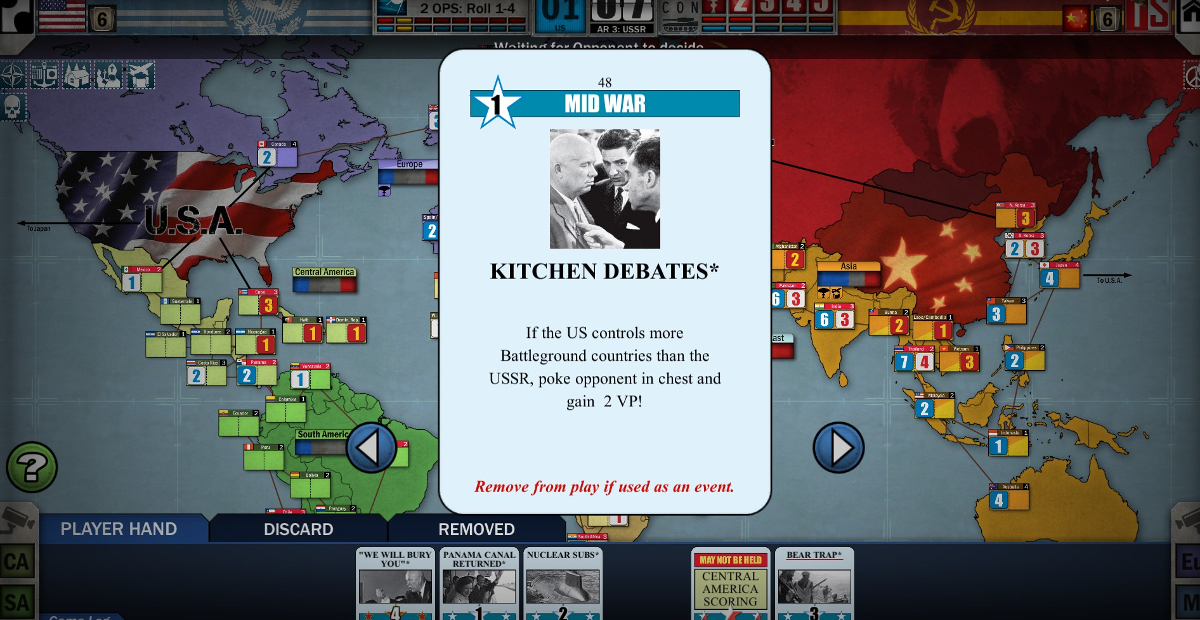 No fluffy opening paragraph, no beating around the bush. If you are a fan of board games, this bundle is for you. The latest offering from Humble Bundle rightfully partners with Asmodee Digital to bring you some of the best board game adaptations on the market. The most important one being Twilight Struggle.

Whereas I’ve always been able to convince at least one person in my gaming group to try one run at some of my more mechanic-heavy games, I’ve still yet to convince anyone to play Twilight Struggle because of the time commitment and how complicated it is. Thankfully the digital adaptation of one of the most critically acclaimed board games to ever be made is also one of the best adaptations I’ve ever seen. It’s so good that I don’t need people to play against because the AI and mechanics are so well done that it almost effectively replaces a human counterpart. If you are at all a fan of history and area-of-control games, you owe it to yourself to play Twilight Struggle.

There’s also a multitude of other great board games included in this bundle such as Pandemic and a personal favorite of mine, Splendor. There is no beat-the-average price for this so eight bucks will get you everything including a few Android versions.

If you purchase the dollar-or-more tier, you will receive the following games:

Finally, for the eight-dollars-and-over tier, you get the following: