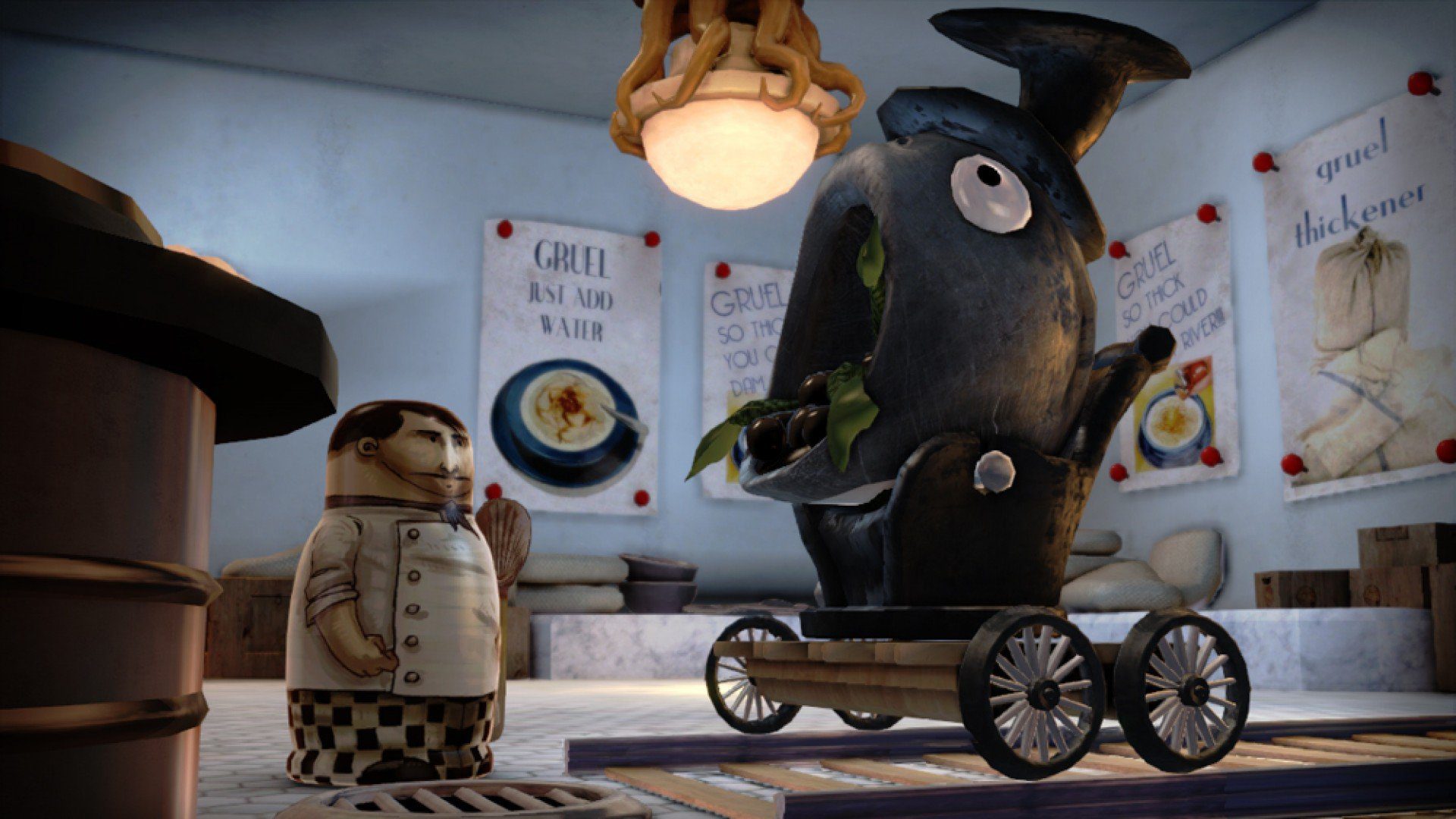 Just as the seasons change, so too do the console generations. Not long ago — like, two weeks — the Xbox 360 was just last-gen. Now, it’s last-last-gen. Or, more succinctly and better-phrased, two gens ago.

And that’s where you have to look to find the gems in December’s Games with Gold. There’s some decent stuff here, but it’s very old stuff. Highest on my list is Double Fine’s Stacking, which is a puzzle adventure game about Russian stacking dolls in the industrial age. It has been nearly 10 years since I played it, but I remember loving Stacking.

Stacking‘s Xbox 360 companion is the absurd Saints Row: Gat Out of Hell. This one’s a spinoff to Saints Row IV, and it’s about pissing off Satan, a wedding in Hell, and it’s tied to Agents of Mayhem. Gat Out of Hell is quick but that’s probably not a bad thing.

There’s less excitement on the Xbox One side. The Raven: Remastered is the first Games with Gold freebie, and it’s an overhaul of the classic murder mystery adventure. Maybe it has Poe-tential. Later, indie action platformer shoot-’em-up Bleed 2 takes over. As always, everything here can be played on Xbox Series X through the magic of backward compatibility.

Here’s the full breakdown of December’s Games with Gold: