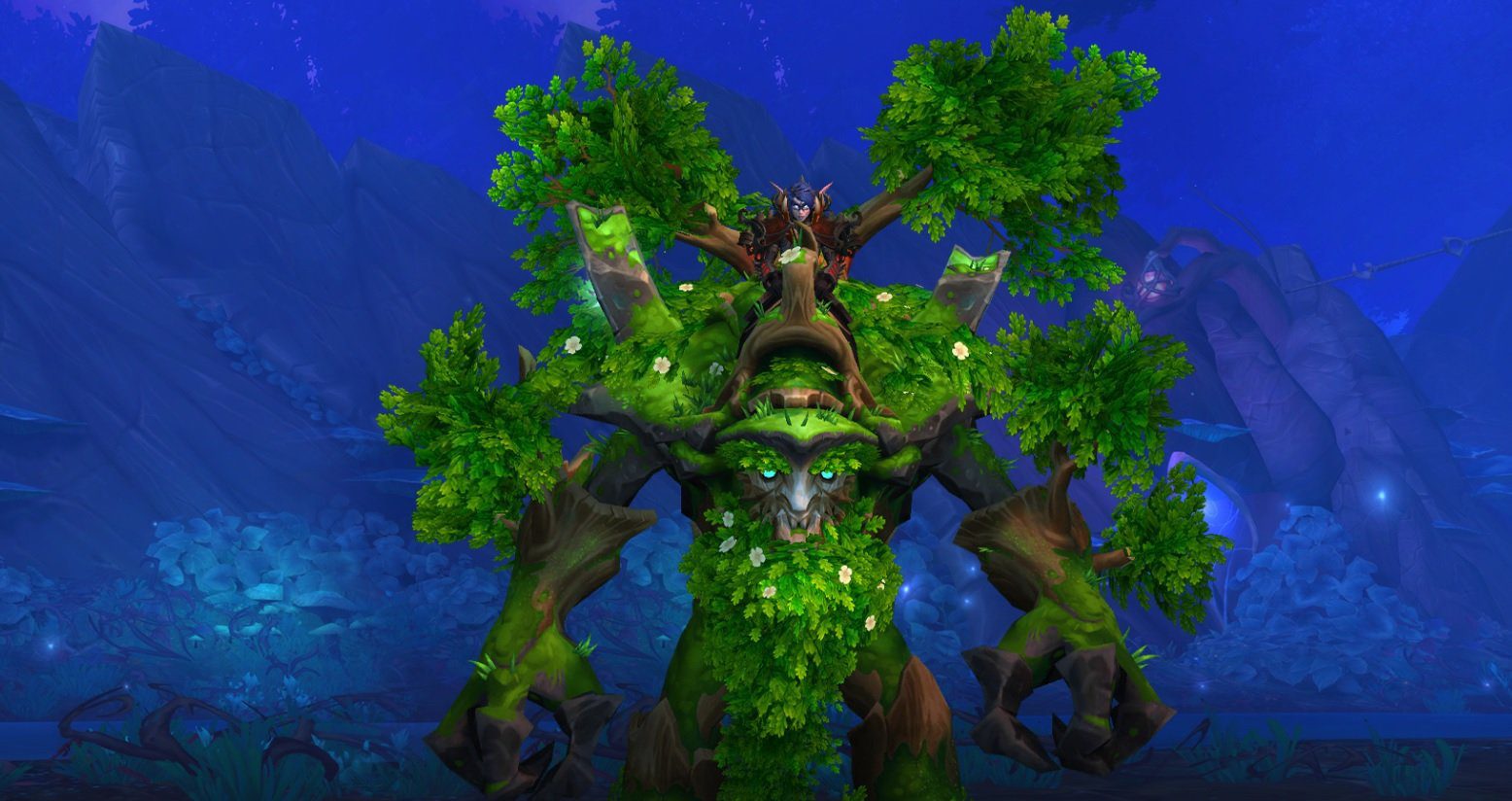 So in 2020, Blizzard announced that folks were able to vote on a new free mount that would be added for everyone who owned World of Warcraft: Shadowlands. The time has come to claim it.

As a reminder, The Wandering Ancient, based on the classic Warcraft III structure motif, won. At this point you can log into WoW, and go grab it directly from your collection tab; which should be pulsing with a notification. Note that it’s not obtained via the mailbox, but through the collection tab. I logged in earlier and confirmed that it does indeed work!

Here’s a bit of lore-based info on it, which includes a little worm-like creature at the top of its head: “Not all ancients are interested in war or lore, some just want to travel the world! This arboreal nomad has traveled to many places and with each passing season embraces change, both in scenery and in the foliage atop its branches.”

If you want an in-depth look at the mount, Blizzard artists did a low key full rundown of its creation during BlizzConline a few weeks back. You can watch that clip below.

Filed under... #MMO#PC#video#World of Warcraft