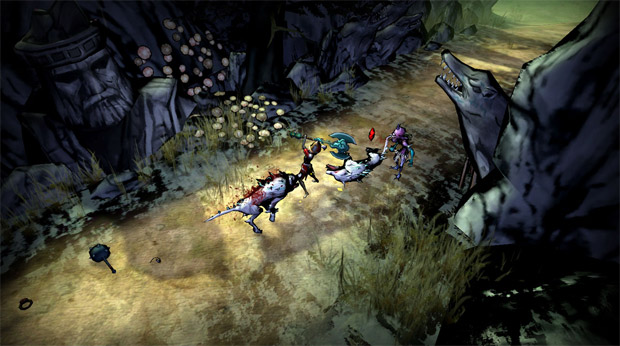 Although it’s become clear that Kickstarter campaigns aren’t over until they’re literally over, and dire-looking crowdfunding drives can come back in the final hours to reach their goals, I was feeling anxious for the folks working on Akaneiro: Demon Hunters. Developer Spicy Horse narrowly pulled it off, however, managing to bring in $204,680 before the Kickstarter closed.

“We spent most of the weekend on the Akaneiro launch and helping push the Kickstarter over the finish line, so we haven’t had a chance to work out an exact roadmap yet, that’s something we’ll be looking at in the next few weeks,” said CEO American McGee. “However, during the Kickstarter, we asked the players what they wanted and they decided: They want co-op and crafting now and Linux and tablet (iOS/Android) support as soon as possible. While we didn’t make our stretch goal, we heard the ‘don’t forget us!’ from Ouya supporters loud and clear.”

It sounds as if we’ll hear more about that after Spicy Horse determines “what it takes to implement these features and get them out in a timely manner.” I’ve played enough of Akaneiro to know I’m good for now — at least until some of these new features have gone live. If you missed our earlier post, know that the game is playable for free via browser or client download.