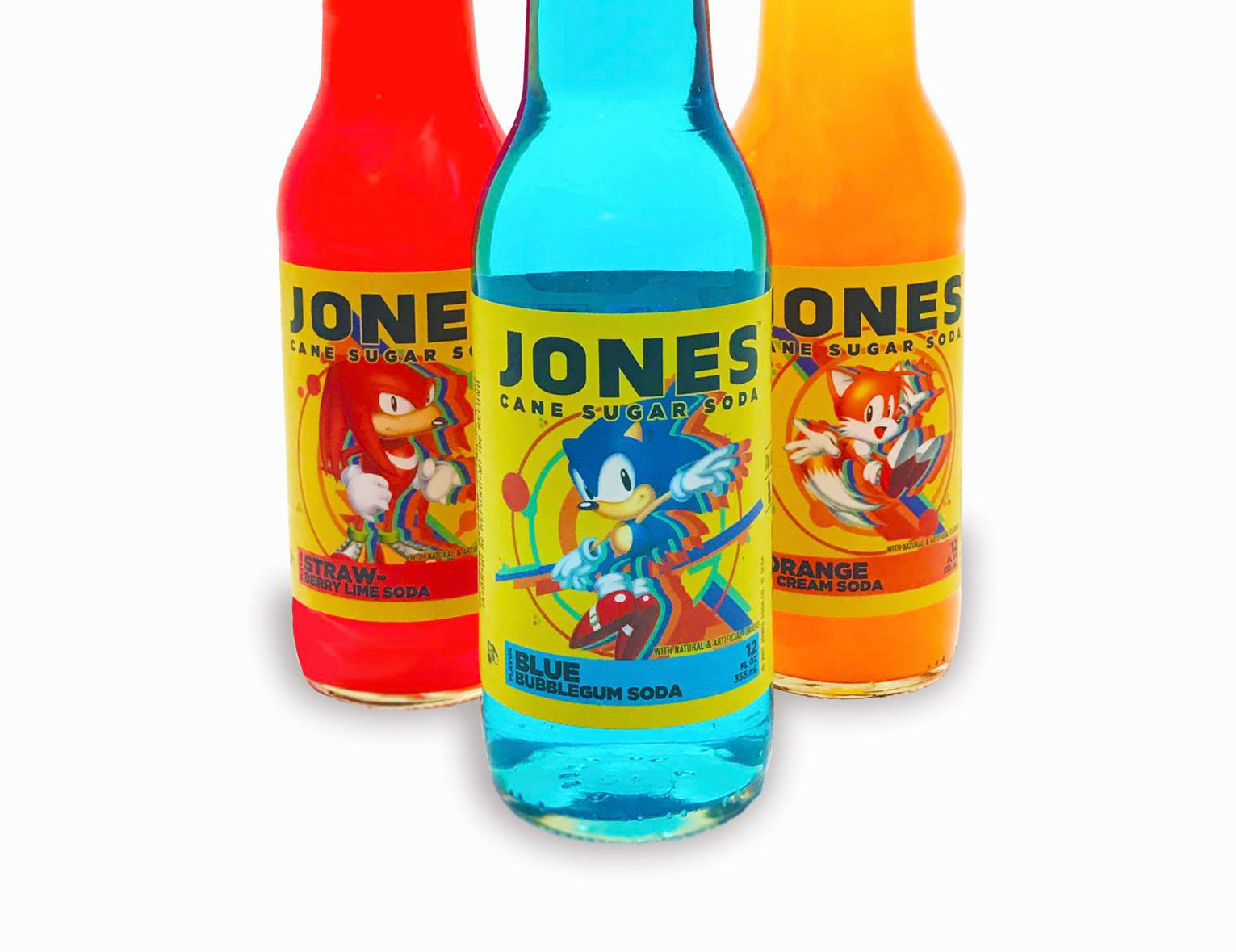 Jones Soda unveiled a way to make that possible this past weekend, as they’re crafting a Sonic Mania brand exclusively for Comic-Con that includes three flavors – Sonic Blue Bubblegum, Tails Orange Cream, and Knuckles Strawberry Lime. These are based on existing flavors, but have Sonic labels on them.

While they seem to be exclusive to Comic-Con at the moment, a nebulous “stay tuned” Facebook comment from a Jones rep alludes to the fact that they might see a wide release. If that does actually happen, expect scalpers to show up the morning of and buy a store’s entire stock (since locations rarely, if ever put any purchase limitations on food) and sell them for $100 per bottle like they did with Nuka-Cola. Fun.