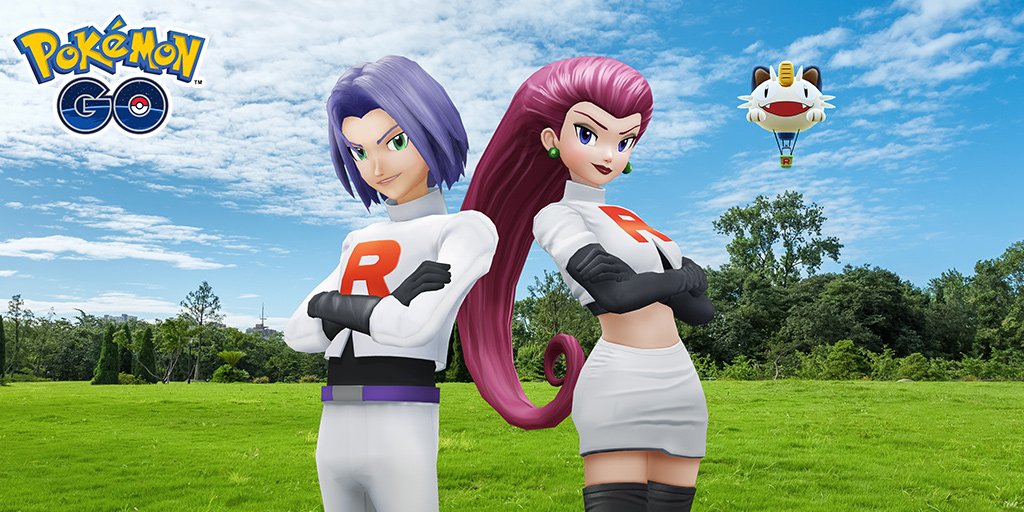 Look for an unmistakable Meowth hot air balloon to battle them

No more kidding around with grunts. Team Rocket isn’t complete without Jessie and James, and while they didn’t blast off at the speed of light to reach Pokémon Go, they’re here now, ready to be trounced.

You’ll want to keep an eye out for a (fittingly) conspicuous Meowth hot air balloon that’s floating around town for a limited time. Tap the gaudy vessel, pummel Ekans and Koffing in a battle, and know you did your part. Today’s Pokémon Go update also includes Team Rocket avatar outfits in the shop.

Officially, lore-wise, “Team GO Rocket has assigned Shadow Pokémon to protect Jessie and James as they seek to create more Shadow Pokémon.” In reality, the unbreakable duo secretly loves the endless Tom and Jerry routine that always ends in defeat. It gives them purpose. They’d be lost without it.