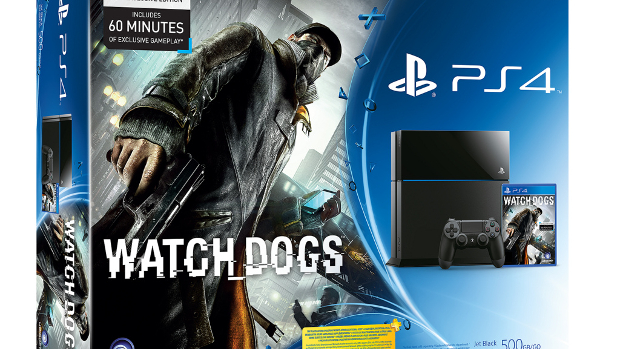 Watch Dogs finally has a new release date — May 27. That trailer also seems to have a bit of new information unless I’d just forgotten it. Typically, the lead’s wife is killed and that’s the impetus for revenge. There’s a Girl With the Dragoon Tattoo sort of hacker woman who gives him his super hacker phone. A lot of people get shot with guns at disturbing point blank range.

And there’s also a Watch Dogs PS3 and PS4 bundle, at least in Europe, as the European PlayStation Blog has announced. Nothing fancy. 500gb for either console and the game.

The Watch Dogs PS4 bundle was supposed to be a flagship bundle with the console’s launch last November before the game was delayed.