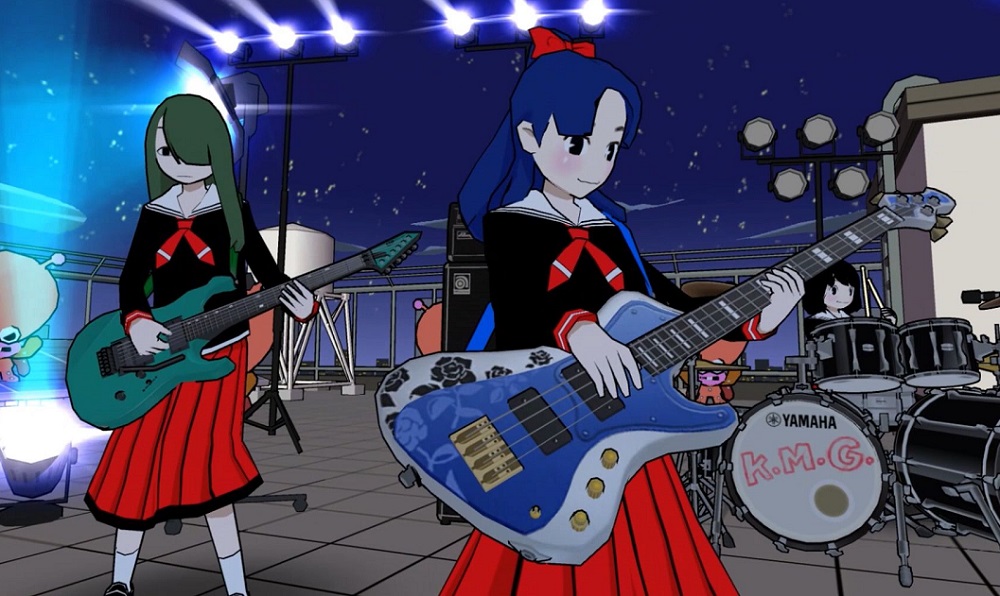 XSeed Games has dropped a trailer announced a date for fun-looking rhythm-action game Gal Metal, which is coming to shred on Nintendo Switch later this month.

The goofy-looking game, by new developer DMM, tells a completely twisted story of metal-hating (the music, not the material) aliens that come to Earth to destroy us all. Standing in their way are all-girl high school band The K.M.G: Kichijoji Metal Girls. As K.M.G’s new drummer, players must use the Joy-Con to knock out amazing backbeats, leading the band to victory over the music-hating invaders

Blending rhythm-action gameplay with silly comic-strip storytelling, Gal Metal looks to be a fun time-killer, which hopefully works out well as the debutante title for DMM. Gal Metal launches on the Nintendo eShop on October 30 in North America and November 2 in Europe for around $30. Unfortunately, a day one Encore DLC pack will also be on the market for an extra ten bucks. A physical “World Tour Edition” will be available in North America including the game, its DLC, and a sticker sheet.

Now, cue the GIF of the Wii Music drummer…