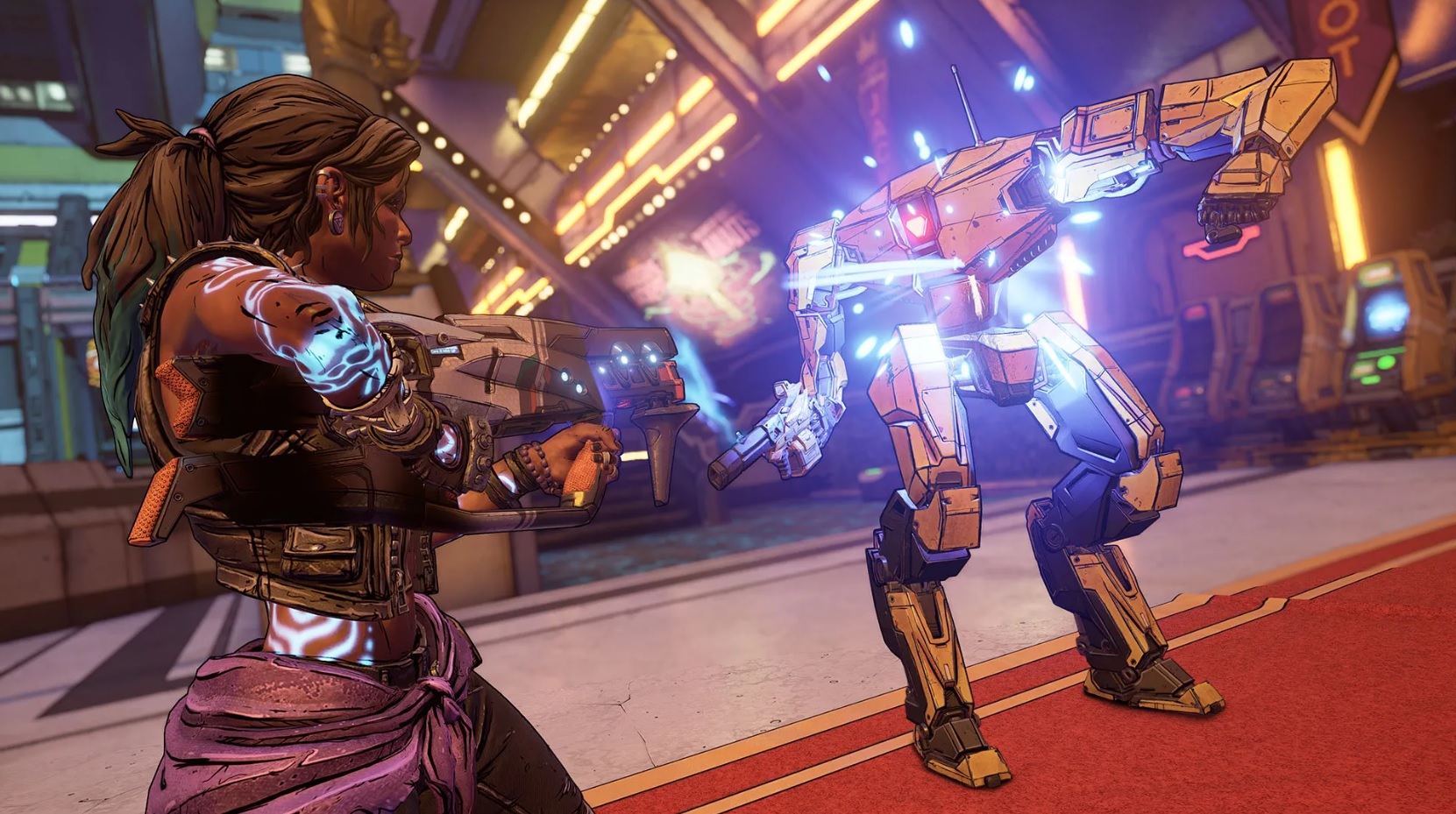 Borderlands 3 launches on Steam exactly six months after its original release on the Epic Games Store. March 13 is the official date, but you can prep a few days ahead of time.

Gearbox has released an FAQ detailing the Steam launch, and one detail is that pre-loading will go live on March 10. That’s when pre-orders start too. Borderlands 3 will take a little while to download. Gearbox recommends setting aside 75GB of hard drive space, but nearly half of that is for DLC; the base game is closer to 40GB.

Also, the different PC platforms won’t be on their own islands. Borderlands 3 will support PC cross-play between Epic and Steam, which is powered by Gearbox’s SHiFT matchmaking. Players will be prompted to create a unique PC display name, and then cross-play is enabled through the “Social” menu tab. However, there is no functionality for cross-play between PC and consoles.

Lastly, platform-jumpers can transfer their save data between Epic and Steam but there’s no automated process. It requires manually moving save files. 2K will offer instructions for how to go about doing that, but Gearbox warns that anyone attempting it should probably make backups of their data in case something goes awry. For anyone who wants to hop over to Steam in hopes of unlocking achievements for progress they made on Epic, Gearbox makes it sound as if that won’t necessarily work, saying “we can’t guarantee that Steam will register these achievements consistently.”