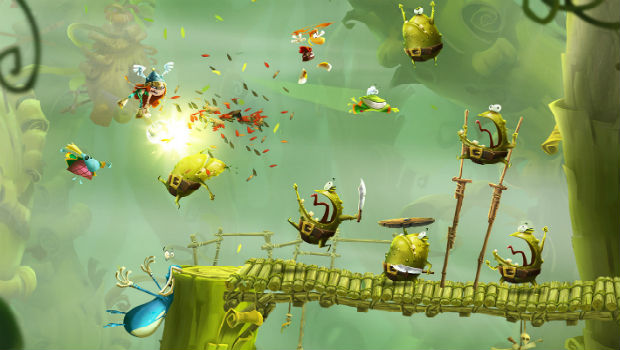 Only on the Wii U

Ticked off that Rayman Legends not only has been delayed, but didn’t have a Wii U demo at launch?

Fear not my fellow limbless character lovers, as the demo is now available in the US, with the UK version ready to go later today. The three levels on offer are Teensies in Trouble, Toad Story, and Castle Rock, and it has a 30 play limit.

I had a chance to play the demo at a Nintendo event a few months back (sans Toad Story), and I absolutely loved it. The Pro Controller works great, as does the tablet. I can’t wait for this game, and the addition of that new character only sweetens the deal.

Sega’s Sonic & All-Stars Racing Transformed has a demo today as well, and I suggest you play it, as it’s one of my favorite kart racers to date outside of Diddy Kong Racing. For some odd reason the play limit on this one is a scant 15.