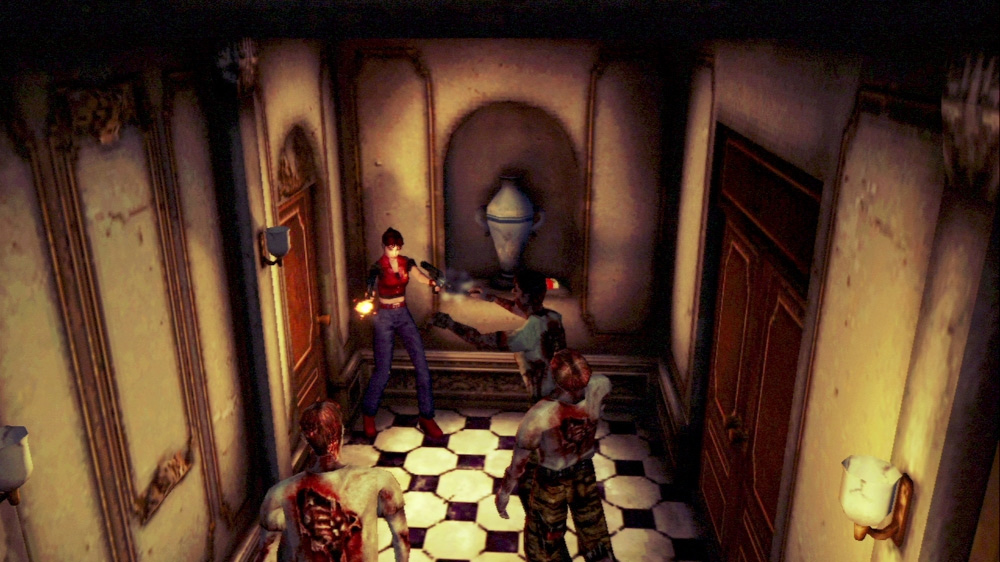 The joys of backward compatibility

The timing couldn’t be much better here. Just as many of us are feeling renewed affection for the Resident Evil series thanks to last month’s brilliant RE2 remake, Capcom and Microsoft have made Resident Evil Code: Veronica X backward compatible on Xbox One. If you own the Xbox 360 version of that game, a replay might be in order soon (after you burn through Nemesis first, of course).

Code: Veronica recently came up in a staff conversation about how some of the game’s more, uh, off-the-rails scenes might translate to a modern-day remake. Cheesy food for thought.

A few other Capcom titles are also rounding out the Xbox One backward compatibility list: Lost Planet: Extreme Condition (and Colonies), Lost Planet 2, and Lost Planet 3. You strap into a mech, shoot at big alien beast limbs until they crumble, and try to stay topped up on life-sustaining thermal energy.

Lost Planet is one of those series that I know I played and enjoyed at the time but couldn’t tell you anything substantial about nowadays. It’s like my memories have been erased. There’s a real “Yeah I could replay that on a whim!” factor that makes these ideal candidates for backward compatibility.

While we’re seemingly on a Capcom kick, I’m hoping for Asura’s Wrath to show up next on Xbox One so that former Destructoid editor Kyle MacGregor can stop haunting me online. He’ll never let me forget.