Through the Rockstar Launcher

The teasing is over, and Red Dead Redemption 2 is nearly here on PC.

At last! It’s literally been over a year at this point since Red Dead Redemption 2 hit consoles, and here we are with the PC port that boasts upgraded visuals and some extra activities/gear. As a reminder the game will arrive on November 5, and will be available on storefronts such as the Epic Games Store as well as the new Rockstar launcher, and Google Stadia when that arrives on November 19. Steam is getting it in December.

If you happen to be going for the Rockstar Launcher edition you can pre-load now, and it’s just as well: the PC edition clocks in at roughly 109GB. I tried it and everything seems to be in working order! Once the game was in my account it pre-loaded without issue. See you on the range on November 5. 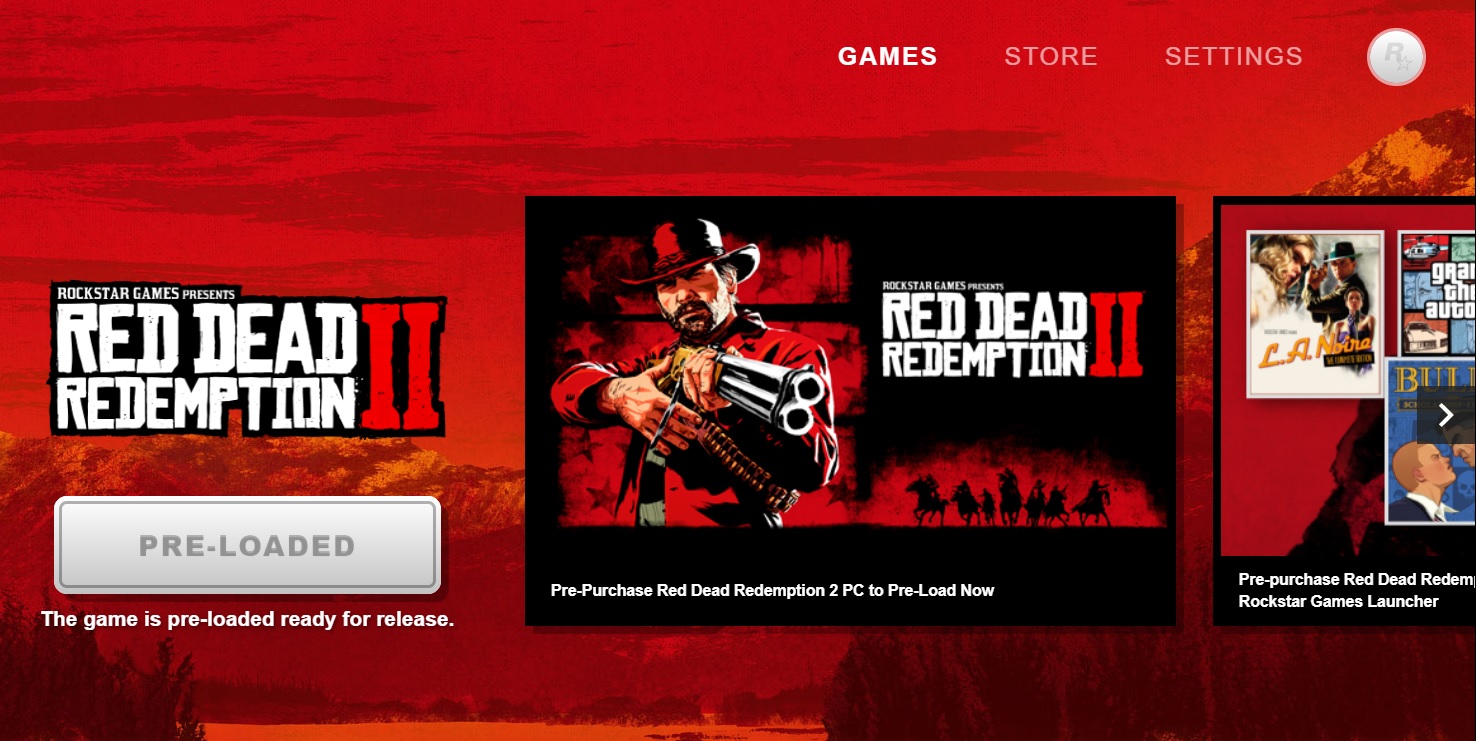