This one goes out to all the depraved kids that used to pull wings off houseflies, you know, the ones who took delight in burning ants with magnifying glasses and kicked puppies, too, probably.

Or maybe just the ones that gnawed the limbs off animal crackers and imagined them screaming in agony, praying for the sweet release of death. And the macabre tots that gleefully slurped down Chef Boyardee’s dinosaur-shaped pasta, envisioning the creature-shaped noodles’ journey down their esophagi as the mass extinction event that wiped out most of the planet’s biodiversity.

Fact is, children like cute shit and don’t think too much about what they put in their mouths. *Glances over at theoretical baby gumming down a Tamagotchi, or more updated reference*

Now that I’ve buried the lede good and deep… In South Korea, you can apparently snack on fried pork shaped like a Pikachu — which sounds way more delicious than Mickey Mouse pancakes.

Add dressing up food as make-believe mice to the list of things Asia is better at than America. 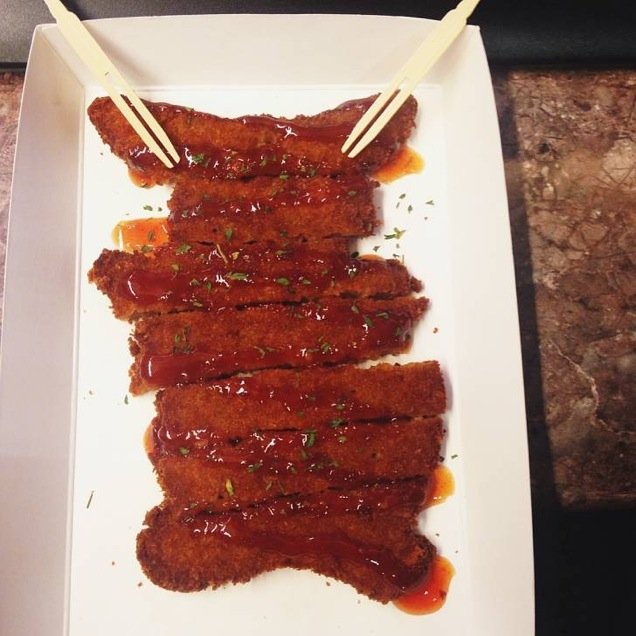 Filed under... #How is this a story?#Pokemon