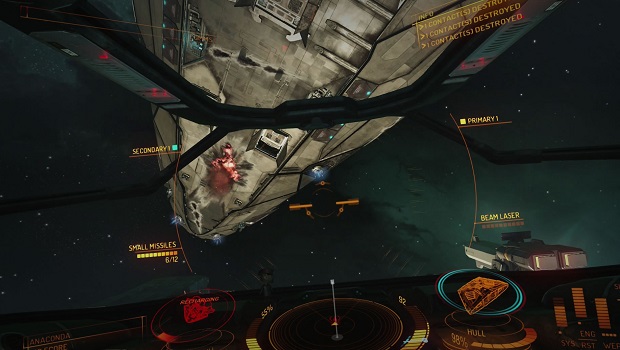 Strap in for a May 30th beta launch

Paying for early access to a game now seems the norm, and whilst I’ve no objection to the concept, I’ve rarely put money down for a game that’s still in alpha. Especially not when that alpha access costs £200. Elite Dangerous is approaching its final alpha stage and once that’s complete a “Premium Beta” will start on May 30, 2014 which you can get into by spending the not-inconsiderable amount of £100.

Now, from the videos we’ve seen before, Elite Dangerous is looking pretty good; combat and the core mechanics of buying and selling cargo are in place. It looks like the beta is a chance to get a lot more people playing the game and hopefully seeing how a lot of those systems work when there’s a sudden mass of players poking at them. I’m still really keen to play Elite Dangerous but I’m more than happy to wait for the finished product in this case.