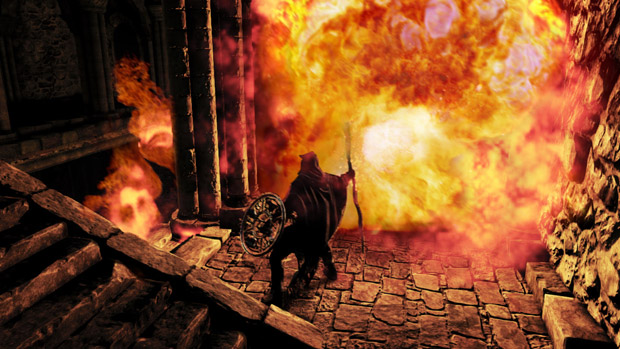 Dale’s gotten to try out the Dark Souls II beta ahead of its Western release this month. I’m not normally the jealous type, but From Software is my exception. The network test for the game is currently underway in Japan, and a number of videos from beta participants have hit YouTube. There’s no telling if or when they’ll be taken down — watch while you can!

The footage is largely centered around summoning fellow players and even then, there’s a fair amount of death. Jump to the 12-minute mark if you want a brief look at a boss encounter. I was never as worried about the game retaining the proper Souls foundation as some fans, but I did have concerns. The more I see of Dark Souls II, however, the more I wish I could look away — the surprise is being ruined. I don’t need to see any of this.

I can’t get over how much better the lighting looks compared to its predecessor.

A better look at stats and the inventory: