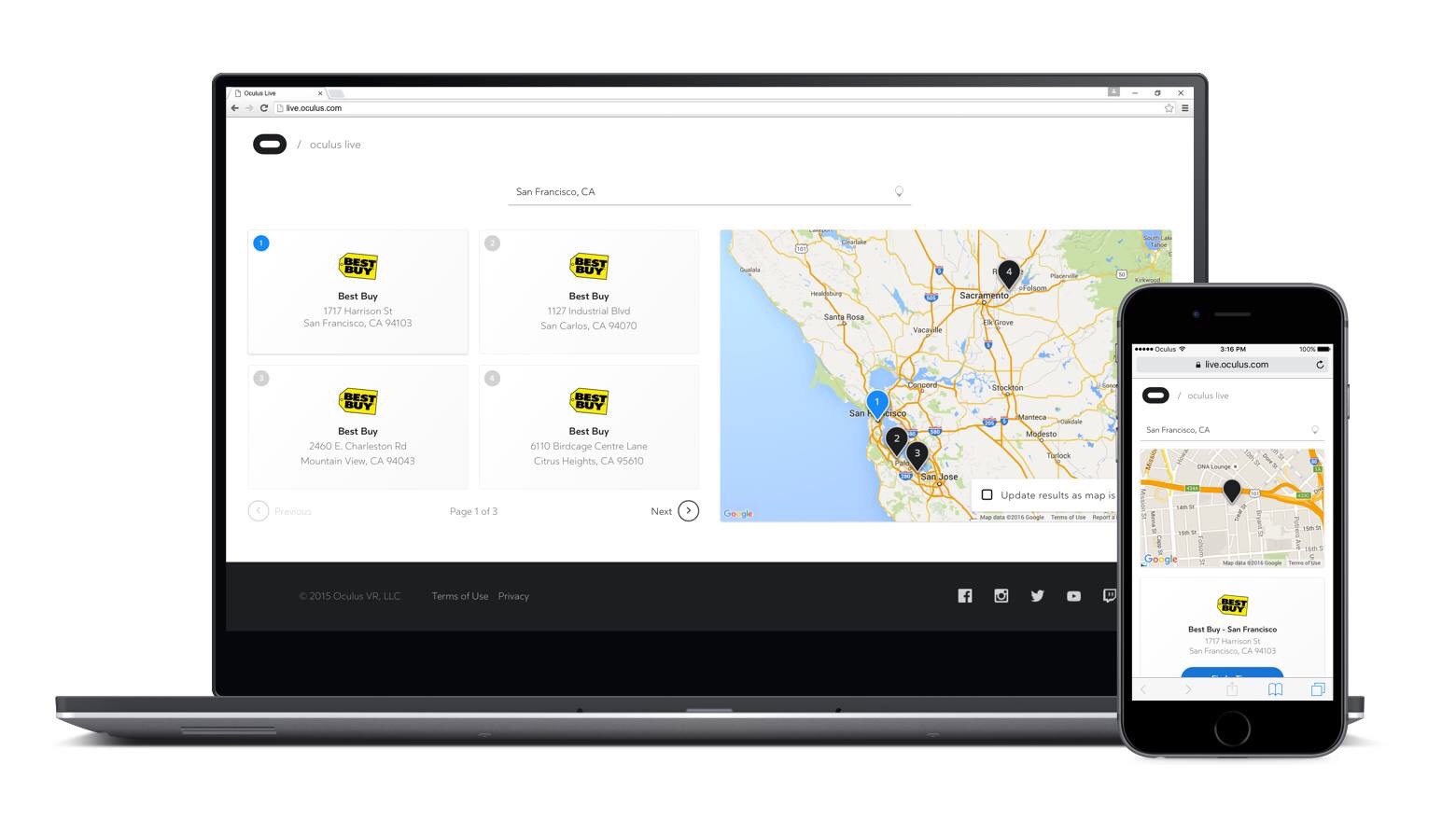 A lot of curious people have checked out our VR reviews so far, but many people haven’t pulled the trigger. Like lots of things it really has to be experience first-hand to be believed, and if you can’t attend a tradeshow like E3, you’ll get the chance later this month at retail.

Starting May 7, the Oculus Rift is going to be demoed at Best Buy. “Over 48 stores” will be giving out demos, and prospective buyers can attempt to find a location here. Giving the map a quick look, it seems as if they’re mostly limited to major metropolitan areas, but most of you should be close enough to make a day trip out of it.