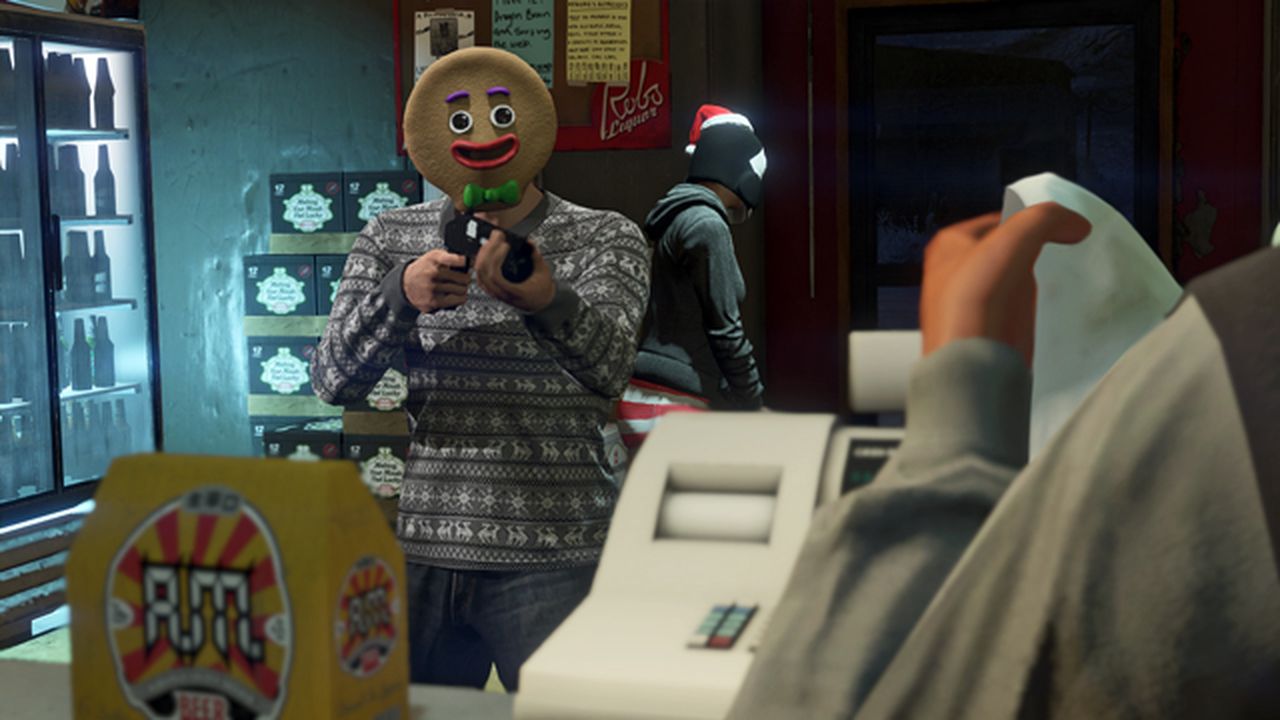 Snowballs and Beast vs. Slasher mode

Today is Christmas Eve for those who celebrate the holiday, and many folks are preparing to see their families and drink entirely too much egg nog. They’ll also get into political arguments, Uncle Billy will get embarrassingly drunk, and at least one person will practice their poker face when they unwrap a gift that they’re obviously upset with.

Instead of the usual Christmas Eve antics, you could also spend some time revisiting a freshly snow-covered Los Santos in Grand Theft Auto Online. Snowball fights have made their glorious return, and all players will receive both a Santa outfit and a Fireworks Launcher with five rockets. There will also be more gifts if you choose to play on Christmas day.

PC, PS4, and Xbox One players get a few extra stars on top of the tree, as it were. A new Adversary mode called Beast vs. Slasher is now playable. As a Beast, you must flee from the Slashers using super speed, temporary invisibility, and Hulk-style jumps. Slashers are split into three classes: Demolitions, Heavy, and Assault. They get to use the regular weapons from GTA Online in addition to Railguns and Thermal Vision.

The Declasse Tampa vehicle is also available, but it’s hard to get excited for a car when thermal vision and super powers are on the table. As of now, there’s no date marking the end of this festive update. Better jump in while there’s still snow left to ball!