Here’s the rest of the interview

After watching twenty or so minutes of Deus Ex: Mankind Divided, I sat down with executive narrative director Mary DeMerle. We spoke about the streamlined gameplay, Human Revolution‘s flaws, and their plans for tackling sensitive issues in a critical medium. 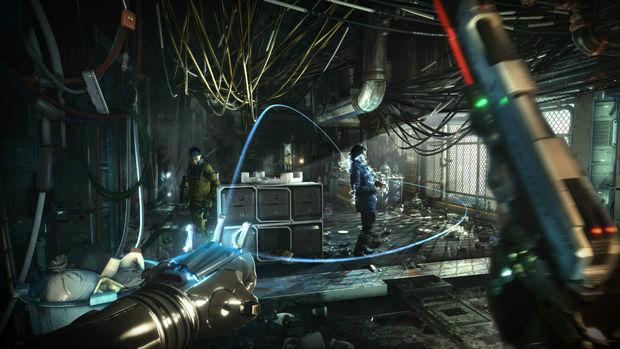 The demo was snappier than Human Revolution when it came to interface and movement. I expressed concern about the balance of streamlining the gameplay without scaring off players who don’t want this to be just another shooter.

“We are never taking away control,” DeMerle said. “Deus Ex has always been a game about playing it the way you want, finding the path that works for you. A big change for us is that when stealth gets screwed up, it was too tough to get back into the shadows so we want to change that. We want you to be able to mistakes but continue on the way you want. Of course, it won’t be too easy, as there needs to be a challenge.”

I personally play the Deus Ex series in a dumb, compulsive way where I stealth to an objective, and then run back through the empty areas, scouring vents, hacking computers, and digging through trash to get every bit of experience I could. So would they find a way to stifle this, maybe locking off areas so that you have to do another full playthrough of the game?

“We are encouraging multiple plays in many different ways. How you handle certain characters will bring entire new storylines. These will come back and have an effect on the critical path. I’m not talking about sidequests per se, but there will be plenty of those as well (and they’ll also have an effect on the critical path). You can easily cut off content by killing the wrong person.” 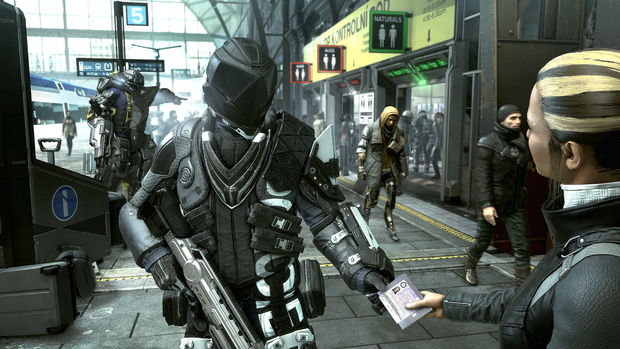 Human Revolution was sorely lacking the permanent character choices from prior entries in the series. By the end, Adam Jensen could have practically every augmentation. Should we expect the same here?

“We can’t get too specific. I just realized there’s one thing that I can’t say, that wouldreally answer your question. There might be certain things that you can do that would cut off certain ways of…upgrading…That’s all I’ll say!”

Then came the Mechanical Apartheid question. I apologize for not detailing the controversy on that one, folks. I didn’t want to link to Twitter accounts and open that door. I still feel it was worth getting their response. Anyway…one more question, to leave it on a fun note.

I’m sure we’d all love an augmentation or two, so I had to know what DeMerle would want.

“I want an augmented ear like a babel fish! I know it’s not in the game but I would love to be able to understand all languages!”

And that’s all we had time for. Deus Ex: Mankind Divided is coming early 2016.