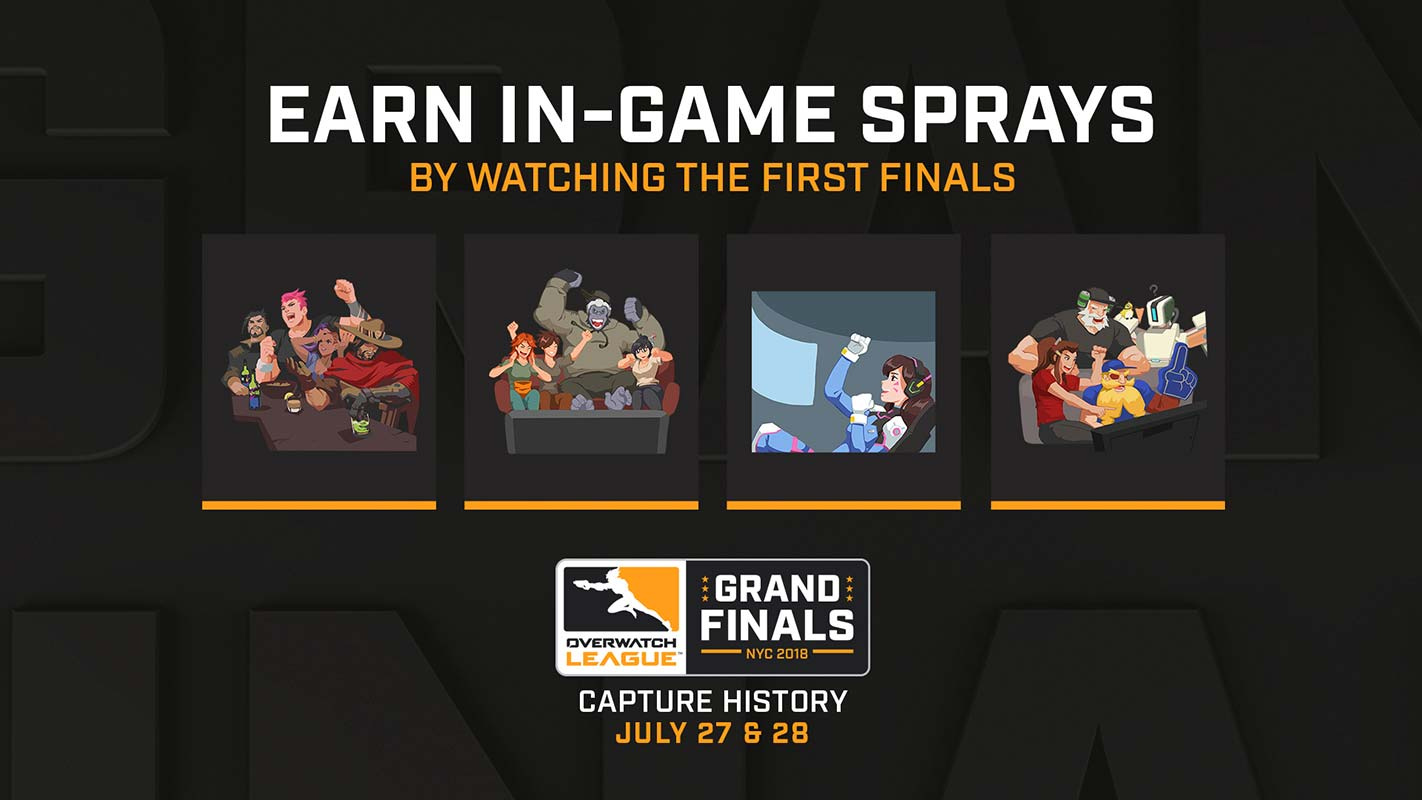 Tune in next Friday and Saturday

We’re currently in the midst of the Overwatch League Playoffs, with four teams facing off for a spot in next week’s Grand Finals. Blizzard is giving fans an extra incentive to tune in: four new sprays.

You’ll need to link your Battle.net account with Twitch (find instructions here) and watch the Grand Finals live to earn up to four in-game sprays. Here’s the unlock criteria:

Blizzard is also giving out double League Tokens during the Grand Finals — each time a map concludes, you’ll earn two tokens that can be spent on Overwatch League team skins.

As for the event itself, the current Playoff matchups are New York Excelsior vs. Philadelphia Fusion and London Spitfire vs. Los Angeles Valiant. These teams are competing tonight, tomorrow, and Saturday. The victors will then go head to head in the Grand Finals at the Barclays Center in Brooklyn.

I’m rooting for my boys in light blue. After Spitfire’s recent showing against the LA Gladiators, I want to see them go all the way. I want to see this team in top form again. It’s been too long!