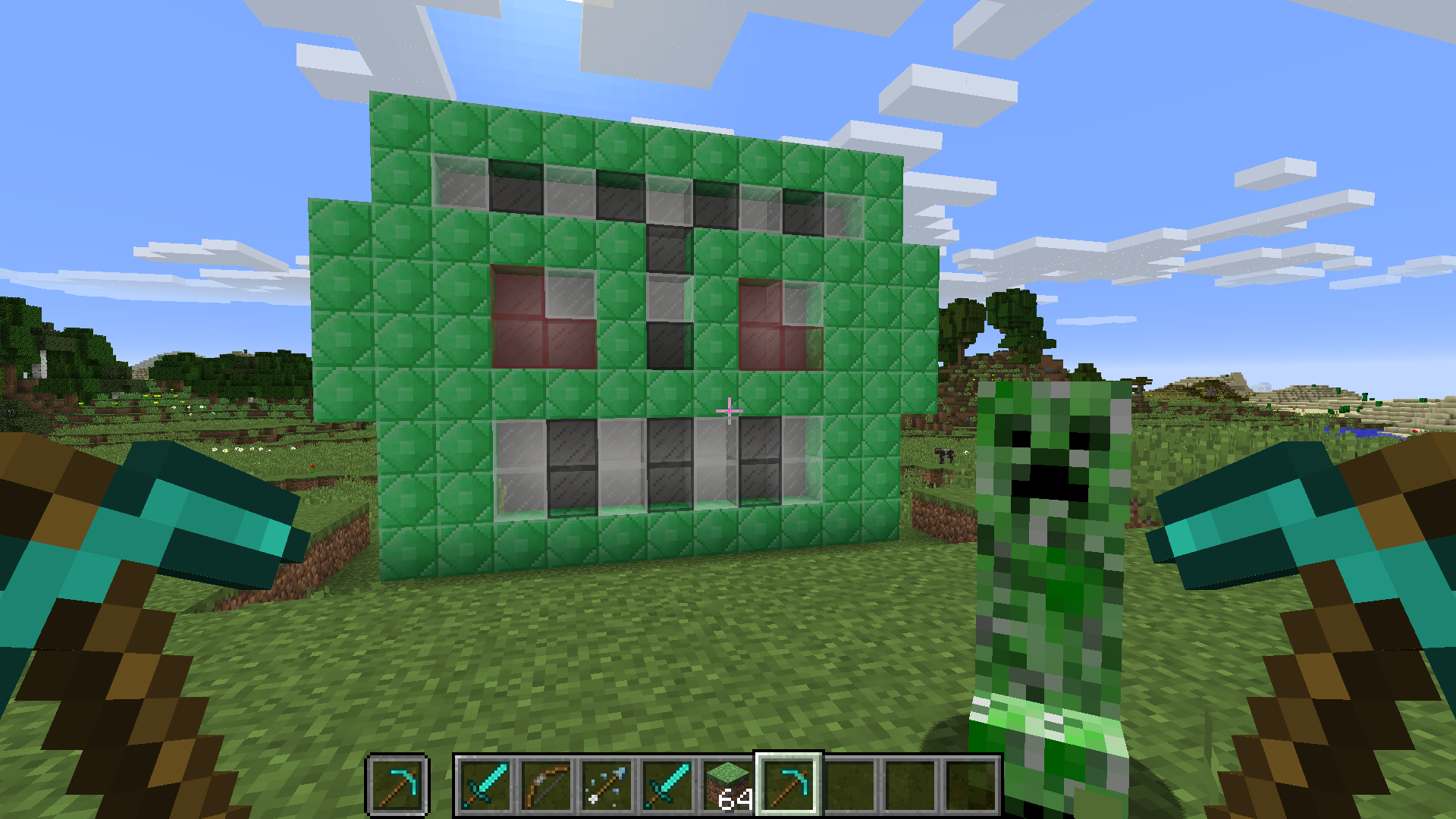 I haven’t played Minecraft in approximately twenty-six years, but lately I’ve been thinking about getting a group of buddies together and playing it to see how much has changed since the year 1990. Mojang must have sent its Thought Thieves into my California home, because today marks the PC release of the Combat Update.

You can now carry two things at once by tapping F to place your desired item in your off hand. There are also shields, cooldowns for weapons (you can spam attacks as often as you want, but they’re more effective if you pace them out), a new enemy type called the Shulker, a pair of wings that enable gliding, and all sorts of other little improvements.

Sure, using two diamond pickaxes is fun. Sure, using a tool in one hand and a torch in the other is practical when diving deep into caverns. But sometimes, you just have to dual wield buckets of lava. I may have destroyed Mr. Destructoid. I may upload pictures in the comments, if Niero doesn’t send a hitman after me. Here are the changes: