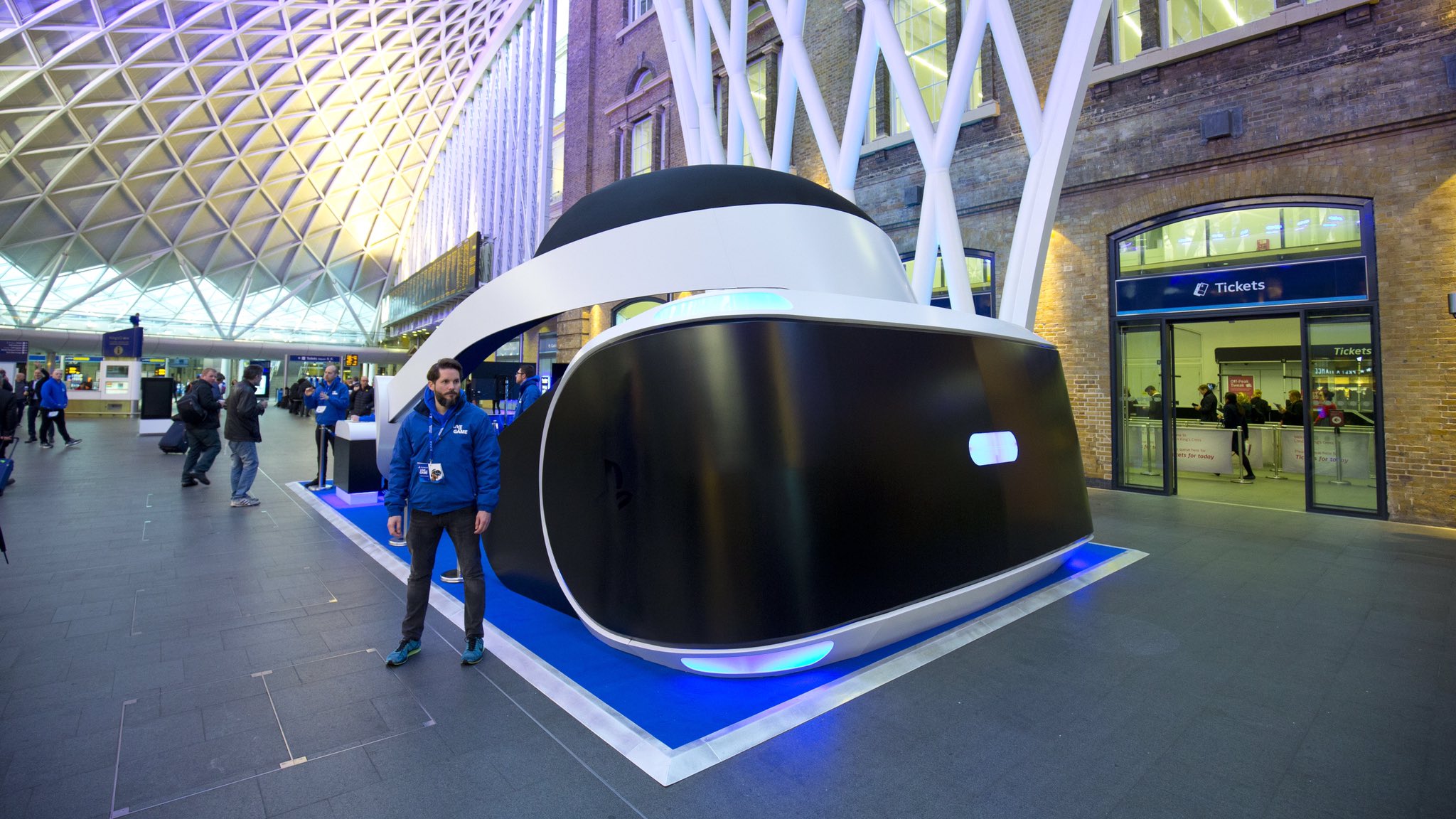 Sony has announced that as of today, you can now demo PlayStation VR in King’s Cross Station in London. Where, you may ask? Just look for the giant helmet thing with blinking lights.

It’s part of their “Try VR” campaign, which, as VR publishers are finding out, is the best way to get people to buy into the tech — even if brick and mortar testing is pretty tough to handle logistically due to health concerns and the subsequent requirement of paid staff to man the stations. At the Call of Duty XP event I recently attended, there was a whole team handling safety and hygiene for just several demo booths of a 10 minute session. These companies are spending a lot of cash on VR!

The unit will be in place until Sunday, and will run through 9PM local time throughout the week. Sony will then relocate to Manchester at the end of the month.