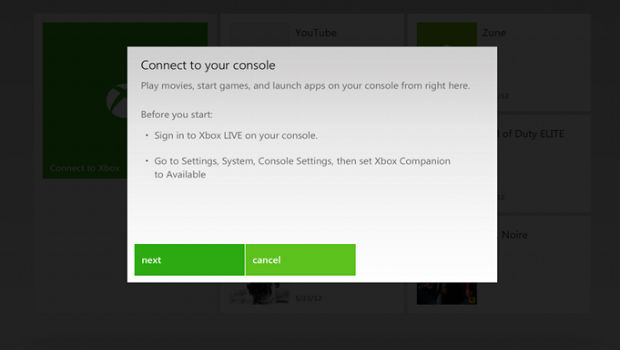 Synergy, folks. You know, that buzz word that’s been thrown out since the dawn of the dot com era? Well it looks like it’s pretty relevant today, as the iPad’s My Xbox Live app has been updated with the functionality to control your Xbox 360.

The iPhone app was previously updated to support a rudimentary 360 interface, but today, the iPad app gains enhanced media control options. Now you can launch games, browse and play videos, and play DVDs. So next time you’re upstairs making a sandwich, you can start up your 360 and jump right into the game.

Although it isn’t full Smartglass functionality (screen sharing), it’s certainly a start, and a completely optional nifty supplement to your 360 experience.