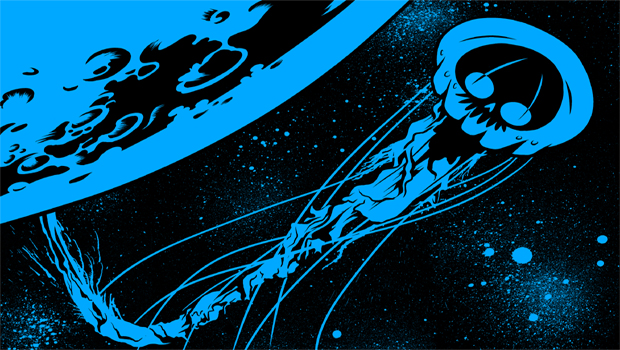 The barter system makes a stunning next gen return

Colin Northway (Incredipede) and Rich Edwards (Pineapple Smash Crew) have a new game out, and it looks beautiful. Deep Under the Sky is obstacle course exploration game about a one eyed Venusian Jellyfish that doubles as “a deep exploration of single button input. The player triggers a string of jellyfish abilities one after the other to achieve complex and organic results.”

It’s currently running on sale for $7.99, though if that’s more than you can afford, there is another way to purchase the game. If you spend at least a half an hour creating some artwork (not necessarily visual art) based on the game, you could get a free copy. If you’re interested, read up on the details.

The creators of the game get some promotional artwork. The consumer gets to spend some creative energy as opposed to their potentially crucial dollars. The fans get some awesome art to look at. Seems like everyone wins. It will be interesting to see if such an obviously great idea catches on.