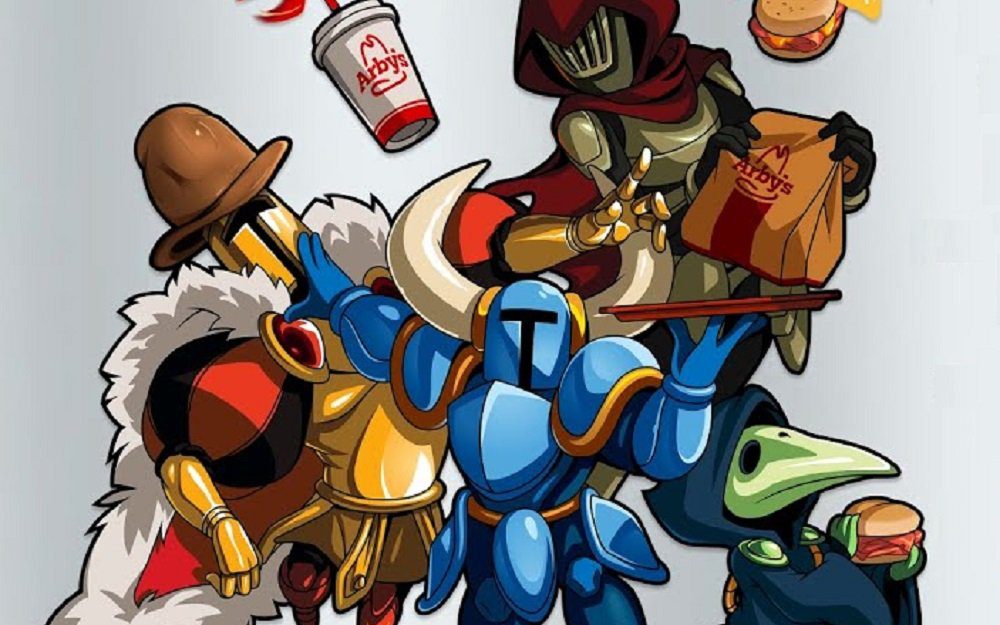 People do crazy things in ads…

For a limited time, customers who purchase Arby’s Kids Meals at participating locations will receive a special Shovel Knight launcher token, complete with a Shovel Knight: Treasure Trove code. The codes – which can be redeemed on the platformer’s Steam and Switch ports – will unlock one of seven exclusive in-game item, such as a sandwich erm… familiar, or the classic Arby’s stetson. Check out the items on offer in the video below.

We don’t have Arby’s here in the UK. We almost got it in the early ’90s, but plans fell through. Hell, we only got Taco Bell in the last decade. As such, I’ve personally not experienced an Arby’s menu, I just know the sandwiches feature rolls of meat stacked in a bun. Is Arby’s any good? I can’t tell you. I can tell you that Shovel Knight is great, and well worth your time and money – whether accompanied by a tasty (checks notes) “Reuben” or otherwise.