Movin’ round while you just prattlin’

There’s something wildly addictive about the music of the Persona series, what with its slick samples, block-rockin’ beats and fucking baffling lyrics. These infectious rhythms are made non-more-evident than in the great trilogy of titles that make up the Persona Dancing series on PS4 and PS Vita.

And if you wanted to listen to all of the hits from 2018’s Persona 3: Dancing in Moonlight and Persona 5: Dancing in Starlight at whim, then you’re in luck, as this June will see the release of both titles respective OSTs in Japan, which will be made available in both standard format and a resplendent box set. 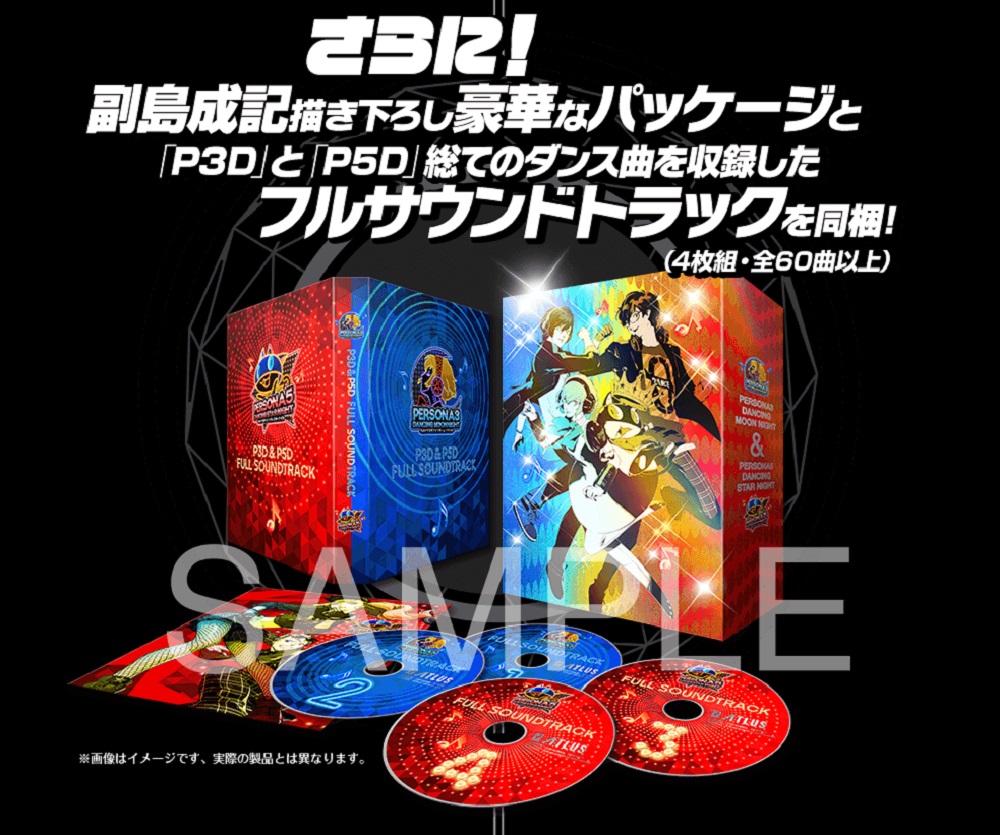 The standard edition is a double CD set featuring a selection of tracks from both games, along with brand new remixes, and the Persona Dancing exclusive versions of rare franchise tracks such as “Let’s Go! Phoenix Ranger Featherman”. This edition will retail for around ¥3,500 (roughly $35 USD).

For collectors, the “Advanced CD Collector’s Box” will feature four CDs – every single track from both games – as well as a Blu-Ray of the “Persona Show Case Shijou Saikyou no Shimai Genka” 2018 concert, all housed in sleek gatefold packaging. This edition will retail for around ¥9,800, (roughly $90 USD).

Unfortunately, it appears that neither set will contain the score for Persona 4: Dancing All Night, although it has been previously made available in you want to seek it out. The Persona Dancing standard editions and Advanced CD Collector’s Box will launch in Japan on June 24, and are available to pre-order now at retailers such as CDJapan.