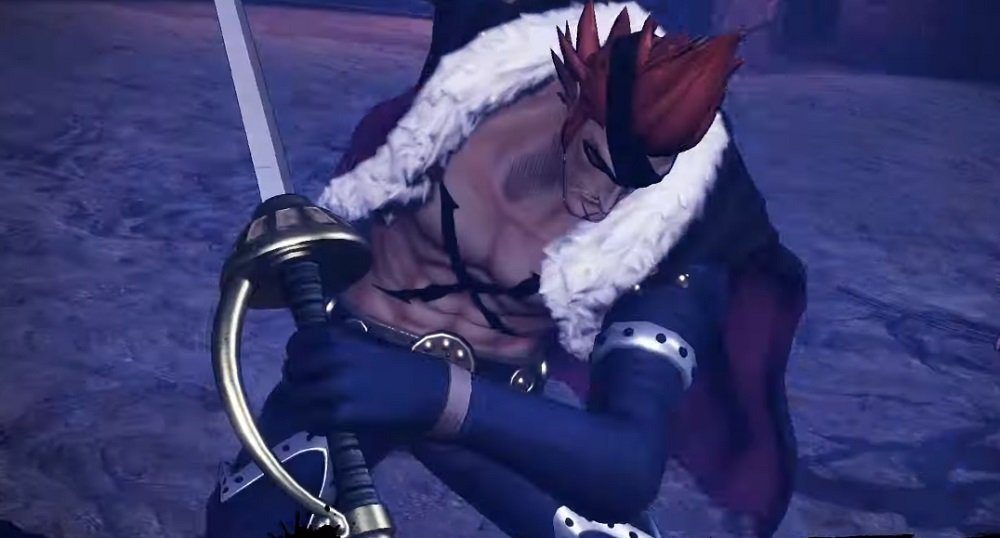 Bandai Namco has released a trailer for one of the scurvy dawgs headed to its anime brawler One Piece: Pirate Warriors 4 and, as previously reported, it’s none other than swashbuckling troublemaker X Drake.

Captain of The Drake Pirates and a member of the notorious “Worst Generation,” this former SWORD member turned his back on his marine status to become a ruthless bandit of the seven seas. Already a dual-weapon fighter of expert skill, X Drake is also capable of transforming himself into a monstrous Allosaurus, devastating armies of men with his primal powers.