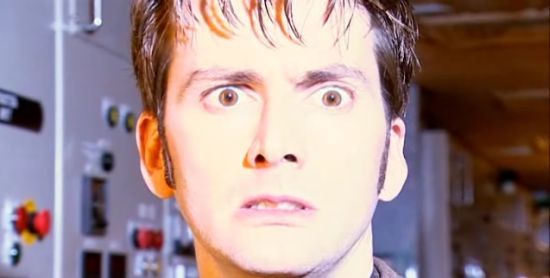 The earlier story revealing that the BBC wasn’t planning on producing a proper Doctor Who game was false — it appears the particular BBC employee interviewed for that story was out of the loop and literally didn’t know what the hell he or she was talking about.

Eurogamer reports that UK developer Ironstone Partners is indeed working on a Who game for the DS, PS2, and PC to be published by Eidos Interactive, though they have refused to divulge any further details. The videogame might possibly be based off Doctor Who‘s particular Top Trumps card deck, which is another way of saying that the videogame might possibly be unnecessary and totally boring.

Honestly, if the first major Doctor Who videogame is simply a virtual card game, I’ll be forced to bust some heads. It’s gotta be David Tennant running around through time and space looking dapper, or nothing at all.

[Praises be to TheGoldenDonut, though he’s probably forgotten by now because he sent the tip in nearly a week ago]