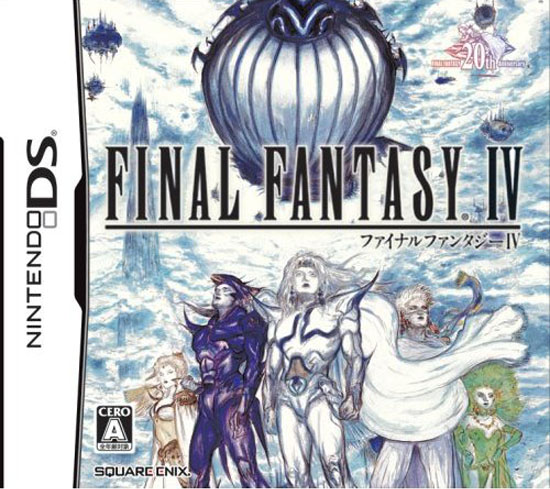 I never quite get over how incredible Yoshitaka Amano’s art is. I’ve sometimes found myself wishing I could play a Final Fantasy fully illustrated by him, rather than just enjoy his concept art. The new Final Fantasy IV boxart is no exception. If you aren’t familiar with him, check out Biten, a splendid compendium of his art in vivid color. He recently wrote and illustrated his first graphic novel, Hero. Fantasy fans should love the story, self described by Amano as “a legend of the future.” I myself am anxiously awaiting the next chapter.

[Via GoNintendo, Thanks Adam]