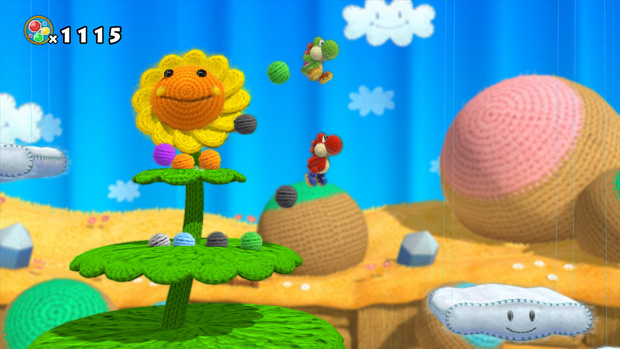 At Nintendo’s E3 Digital Event, Good-Feel gave us a long-awaited progress update on Yarn Yoshi, and it’s without a doubt the Yoshi game we’ve been waiting for all these years. It’s now called Yoshi’s Woolly World and is set for release on Wii U next year.

Good-Feel wanted to create a new type of Yoshi game filled with the same kinds of elements from the adorable Kirby’s Epic Yarn, but this time, the world has proper depth, visually.

Much of the focus has been placed on exploration, specifically by way of Yoshi’s unique abilities and, going a step further, a two-player mode. Both players are Yoshi — one red, one green — and can eat and spit each other out to reach new areas. I’m in love.