I’m trying not to overdo it with Super Smash Bros. coverage but that’s easier said than done when director Masahiro Sakurai is out there talking up a stage based on Yoshi’s Woolly World.

I’m only human, damn it. A human who likes it when Yoshi throws eggs made of yarn.

“This stage was added and developed quite near the end of development,” writes Sakurai on Miiverse. “The surfaces are soft and cushiony. The mobiles are placed in different locations depending on the situation, and they tilt according to weight distribution. The stage also gets rearranged, so the ground may disappear temporarily during a remodel.”

Gotta wonder what else is hiding in Smash for Wii U. 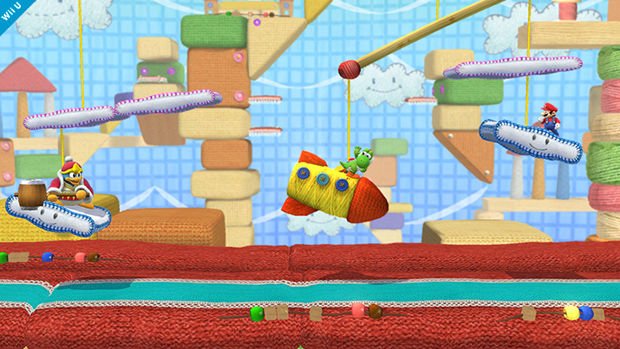