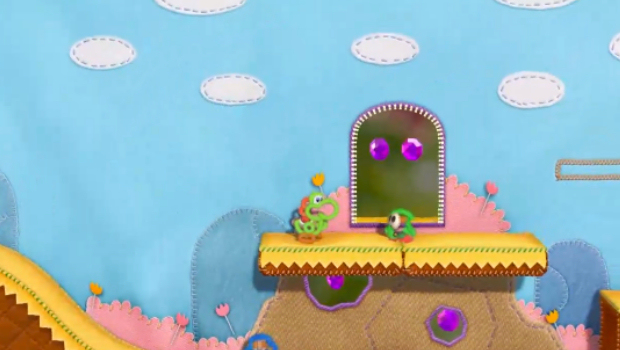 YOSHI IS MADE OF STRING!

A new game from the developers of the sublime Kirby’s Epic Yarn is coming to Wii U, but this time it’s not Kirby that’s made of string — it’s Yoshi.

The unnamed game — which I’m calling Yoshi’s Epic Yarn of course — is a sidescroller in a patchwork land, very much like the Kirby Wii title. Only a brief bit of footage was shown, so hopefully more details come soon.

Yep … cannot say I’m not happy with this. Very excited!