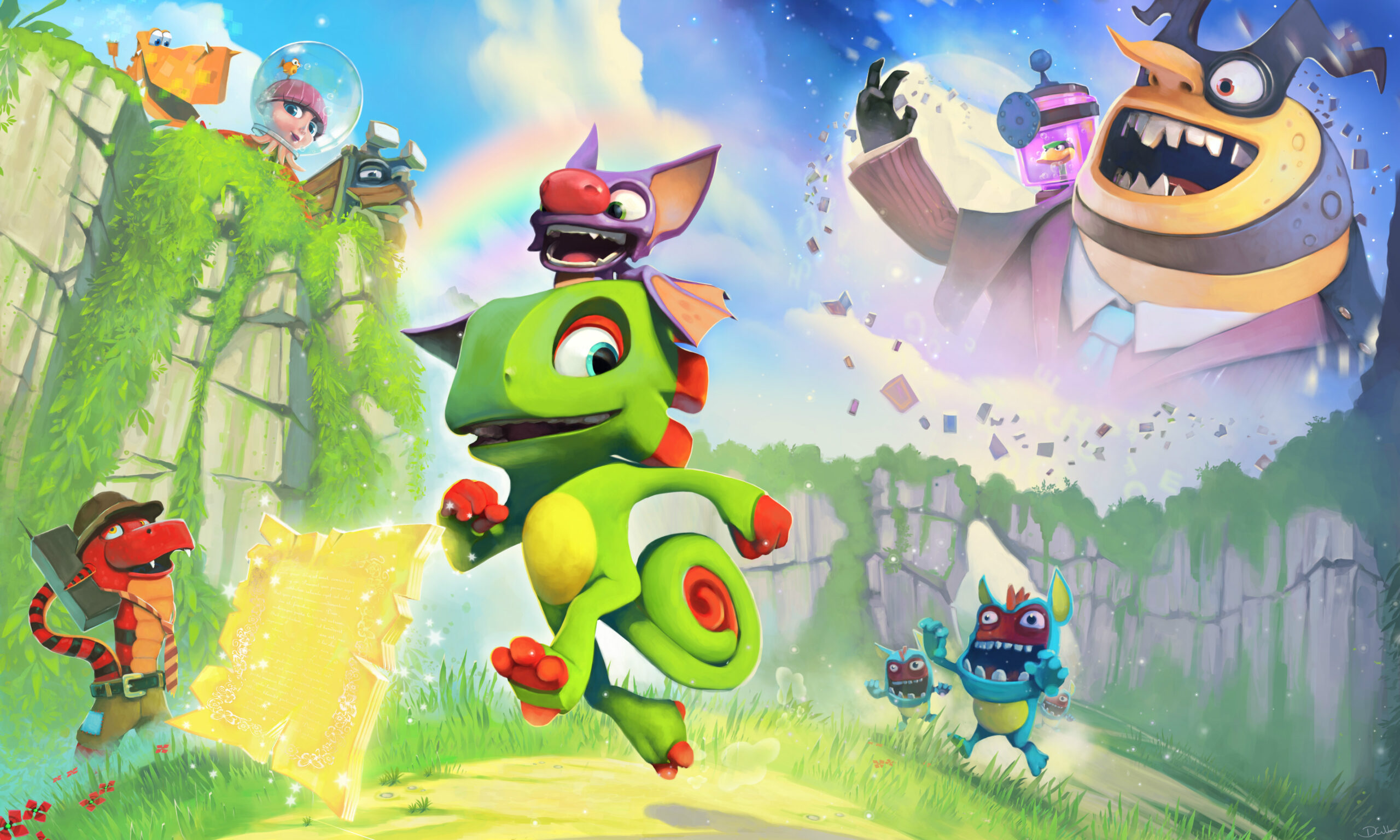 Yooka-Laylee (a project that I backed immediately), is benefiting from constant updates this past year, all of which have been rather flattering. In this newest E3 trailer we’re seeing classic mascot platformer gameplay, including team abilities like gliding or rolling, minecart sections, gadgets, cute NPCs, underwater levels, and what seems to be a racing section.

But that music, right? It’s so wonderfully Banjo-Kazooie without feeling like it’s a straight copy and paste job. Plus that bit at the end where they’re flying above the level? Goosebumps.

In other news, developer Playtonic has announced that the game now has a “firm release window” of Quarter 1, 2017, on PC and consoles, having previously targeted this October. Since there are no portable ports, that basically covers everything, and would mean that (provided it isn’t delayed further), it will have been less than two years since the announcement of the Kickstarter for it to actually come out. Not bad.