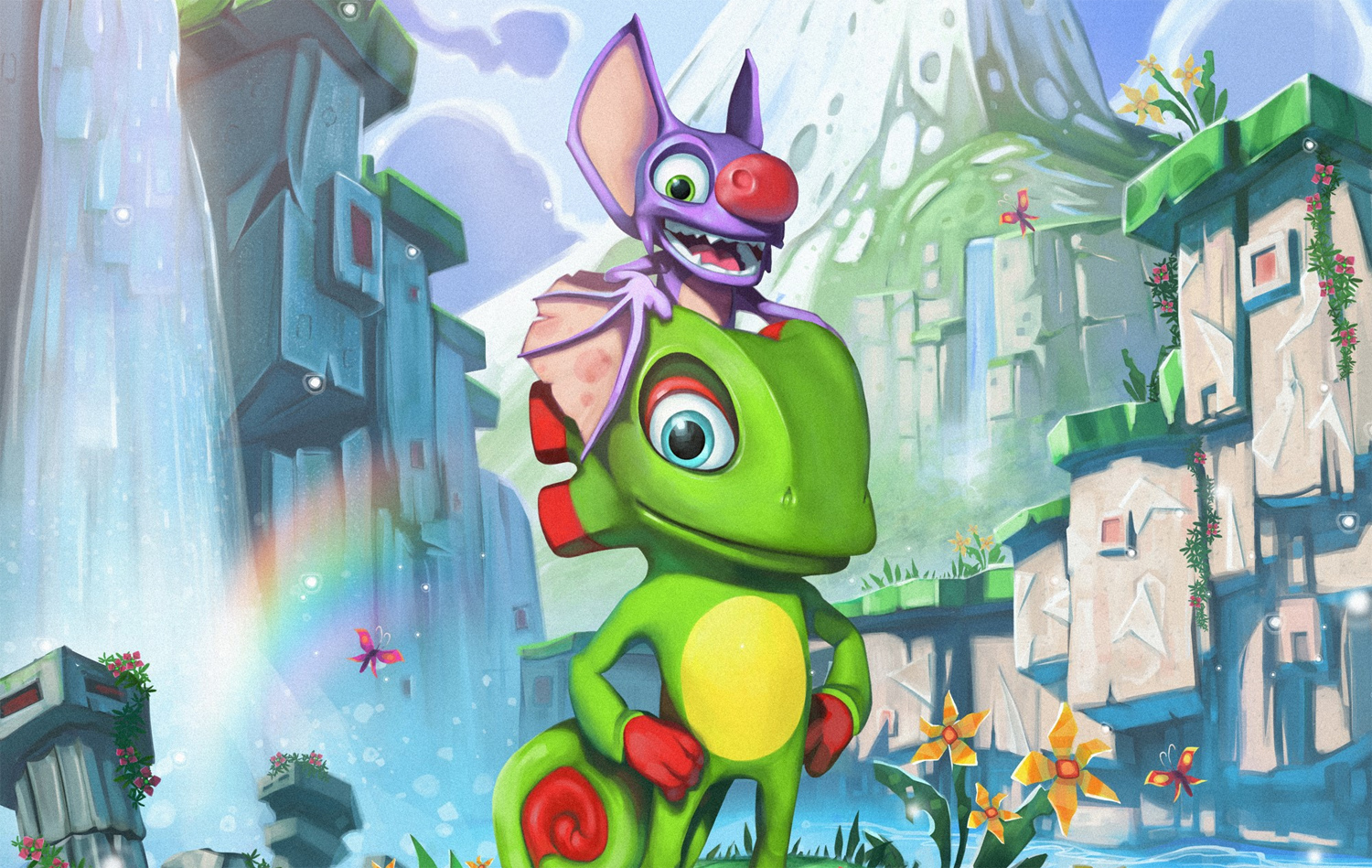 I love where this is going

We’ve talked about Project Ukulele a few times now, but, quickly: it’s a vibrant 3D platformer in development at Playtonic, a fresh new studio founded by former Rare developers. Composers David Wise (Donkey Kong Country) and Grant Kirkhope (Banjo-Kazooie) are contributing music. This is the stuff of dreams. The stuff we don’t see enough of in modern gaming.

IGN has a bit of footage of Yooka-Laylee, and Playtonic has high-res character art over on its site. There’s much more to come tomorrow, including the launch of the game’s Kickstarter. I’ve backed a rare few projects over the years but so far, so good — this game speaks to me.