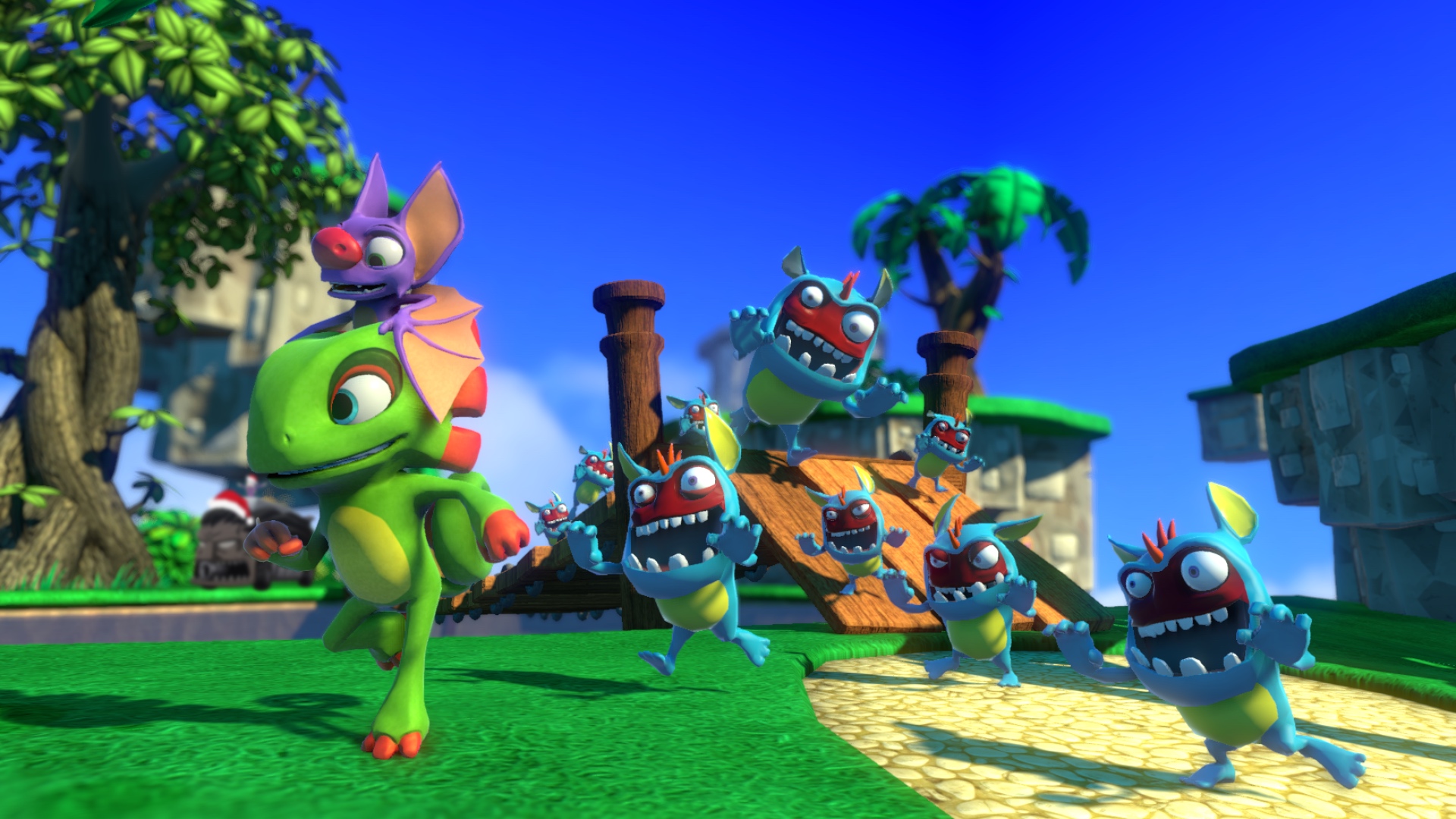 But the Wii U port is no more

You know, up until this year, I’ve never had the chance to play the likes of Banjo Kazooie, Conker’s Bad Fur Day or any of the other oft-acclaimed Rareware classics. As a child, I never owned a Nintendo 64 of my own, and I rarely even had access to Nintendo’s fifth-generation gaming platform. Needless to say, I don’t have any nostalgic memories whatsoever what many consider to be the golden age of Rareware, prior to its acquisition by Microsoft in 2002.

I only got around to trying my hand at some of these games when I picked up Rare Replay alongside an Xbox One a couple of months ago. Interestingly enough, even when going into Banjo Kazooie nearly two decades later and with absolutely no sentimentality attached to it, I found that it still holds up pretty well. So much so that I immediately developed an interest in Yooka-Laylee; a spiritual successor to the beloved platformer by Playtonic Games, which is a studio comprised of several former Rare developers.

Well, it doesn’t appear as if the wait for Yooka-Laylee will be all that much longer. According to a new trailer by Playtonic Games, Yooka-Laylee will come out on the 11th of April, 2017. That is, precisely one week after the release of the much-anticipated Persona 5.

An Xbox Store page for Yooka-Laylee also confirms that the game will retail for $40 USD. Pre-ordering it will net you a copy of the Toybox demo that was previously distributed to backers of Playtonic’s original Kickstarter campaign to fund the game.

I do have to say that I’m not particularly thrilled with the idea of having to pre-order a game in order to get your hands on a playable demo for it. I understand that it is definitely nice to see Playtonic increase the availability of Yooka-Laylee‘s Toybox demo (which was previously exclusive to Kickstarter backers), since I’m sure that there are many people who missed out on the opportunity to back the game’s original crowdfunding campaign. But at the same time, I see demos — alongside game reviews — as a way to make an informed decision about whether or not I’ll actually enjoy a title before I drop my money on it. The idea of locking something like a demo behind a paywall defeats the purpose of having one in the first place, in my eyes.

Playtonic Games has also Tweeted that it is currently working with Nintendo in hopes of bringing Yooka-Laylee to its upcoming console; the Nintendo Switch.

Unfortunately, Playtonic then went on to say in a recent blog post that the Wii U version of Yooka-Laylee has been cancelled. The reason behind this decision is that the studio “…encountered unforeseen technical issues…” when trying to bring the game to Nintendo’s current-generation console platform. Anyone who backed Yooka-Laylee‘s Kickstarter campaign with the intent of grabbing a Wii U copy will be able to select a different version of the game to pick up instead.