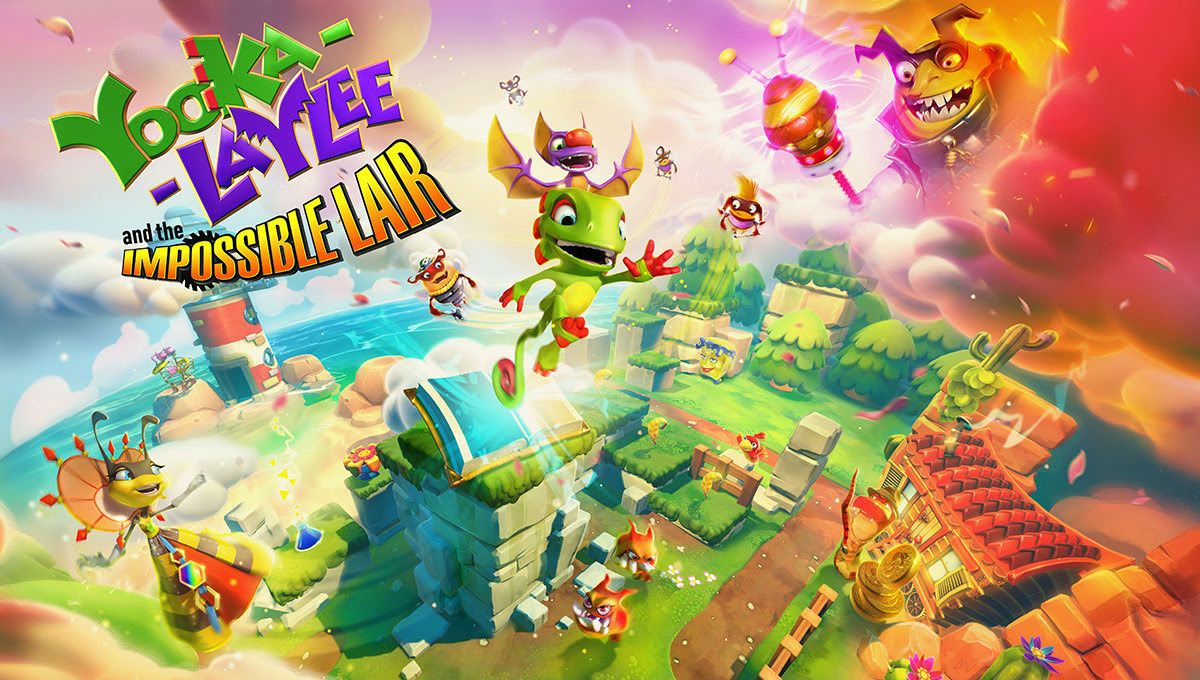 Quite the departure from the Banjo format

It feels like E3 already doesn’t it? We’ve gotten a handful of new game reveals this week and now Yooka-Laylee developer Playtonic is ready to announce their latest: Yooka-Laylee and the Impossible Lair.

Billed as a “platforming adventure hybrid,” the game is no longer a fully 3D open world romp in the same vein as Mario 64 and Banjo Kazooie. Instead they’re going for a 2.5D platforming angle combined with 3D (top down) overworld “puzzle solving.” Your job is to rescue Queen Phoebee’s minions and take on the evil Capital B once again.

This one does not need to be Kickstarted: it’s a done deal and is coming “in 2019” on PC, PS4, Xbox One, and Switch. Playtonic has confirmed that a boxed console edition is on the way. You can get a look at the general feel of the 2.5D platforming and puzzle exploration elements in the inaugural trailer below.

As long as Playtonic can nail the controls and has a handle on the engine, this could assuage a lot of the fears of folks who weren’t that into the original. It seems to still ooze charm, which is what the first game did best. Yet, there are a ton of 2.5D platformers on the market and very few modern 3D collectathons, so I’m curious to see how this goes.