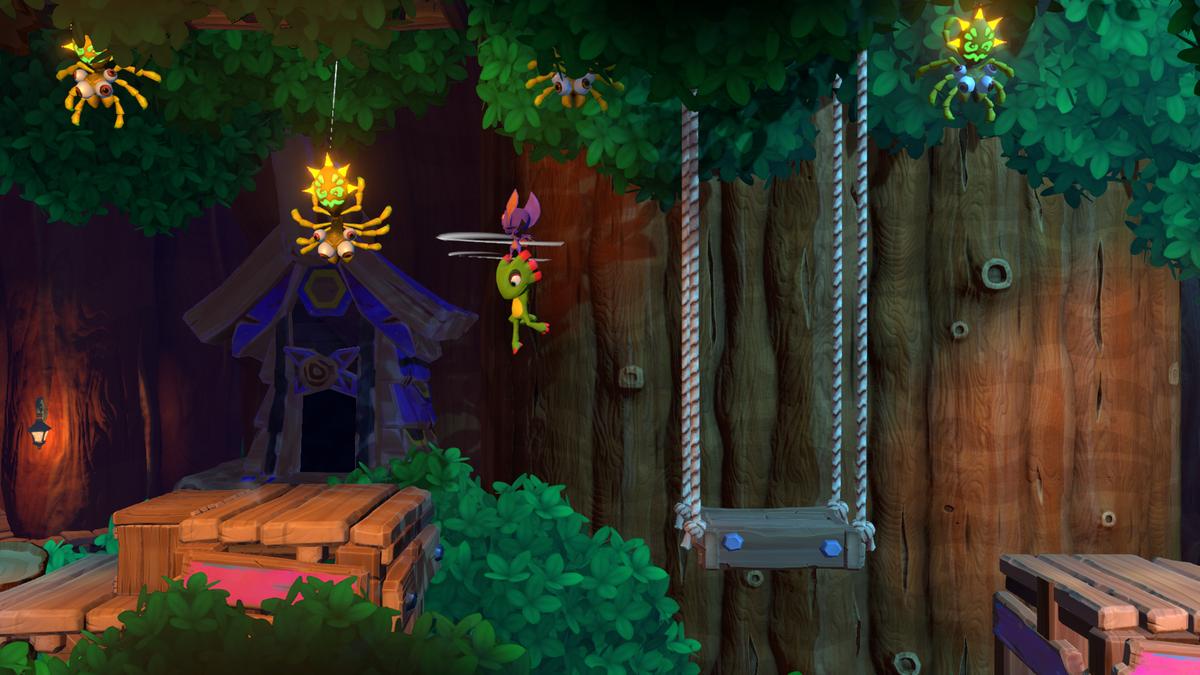 Yooka-Laylee and the Impossible Lair popped up unexpectedly a couple weeks ago, and we were able to get some hands-on time with it at E3 last week. It takes the lizard-and-bat duo from 2017’s crowdfunded 3D platformer and flattens the action down to two dimensions. From the basic premise, I’m predicting it’ll be big at AGDQ after it releases this year.

See, the Impossible Lair mentioned in the title is a challenge issued by Capital B, daring Yooka and Laylee to try to complete it. As such, it is available right from the start, and in theory, somebody could go straight to it and beat the game without touching any of the other levels. It would require a standard of perfection you only see out of the highest-level players who practice a game for months or years, striving to be the world’s best. 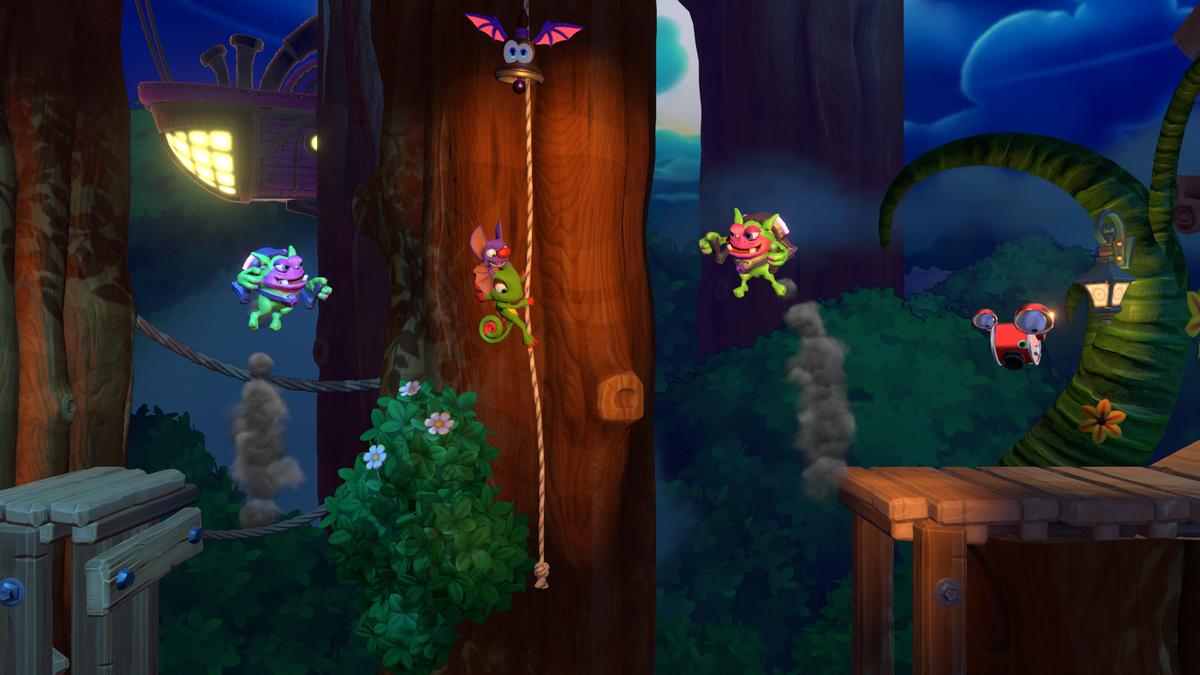 Though Playtonic showed very little of the lair itself, the developers showing the game off noted that if they made attempts at the Impossible Lair unassisted, they’d be lucky to make it 5% of the way through before biting the bullet. It’s theoretically possible for gaming gods to do it. For the rest of us, there is still hope in completing the Impossible Lair.

See, completing each regular level frees a member of Queen Phoebee’s royal guard, the Beetalion. (There are still a lot of bee puns in this entry in the series.) What those little bee friends provide Yooka and Laylee are additional hits they can take in the Impossible Lair. Finish a level, rescue a bee, increase your endurance in the final level.

What I love about this idea is that it lets the player set the difficulty organically. The hardest of the hardcore can attempt to navigate the Impossible Lair without any bee assistance. The completionists will go for all 48 bees before entering the lair, allowing them to take 48 hits before things look dire. At any point in between, players can decide to take on the final challenge and venture in.

Even without any Beetalion members, Yooka and Laylee can take one hit and still recover. It’s a bit like Sonic and his rings or Yoshi and his Baby Mario: the first hit makes Laylee freak out and start flying away, but if Yooka can catch her and calm her down, he has his safety net back. If she stays out too long, she’ll fly away and Yooka is left to fend for himself. This is doubly dangerous, because not only does Laylee provide the protection from one hit, she’s also instrumental in some of the movement abilities like the mid-air twirl and the butt stomp.

Losing Laylee totally changes the cadence of a level. With all the abilities available and a free hit, players can be cruising through an area, rolling for speed and jumping and twirling to maintain it. Then some mean bug hits the duo, and Yooka has to continue at a much more careful pace, until he can get to a particular checkpoint to bring Laylee back. I can picture a speed run brought to a tense moment after an errant mistake, the runner weighing options on how best to proceed. 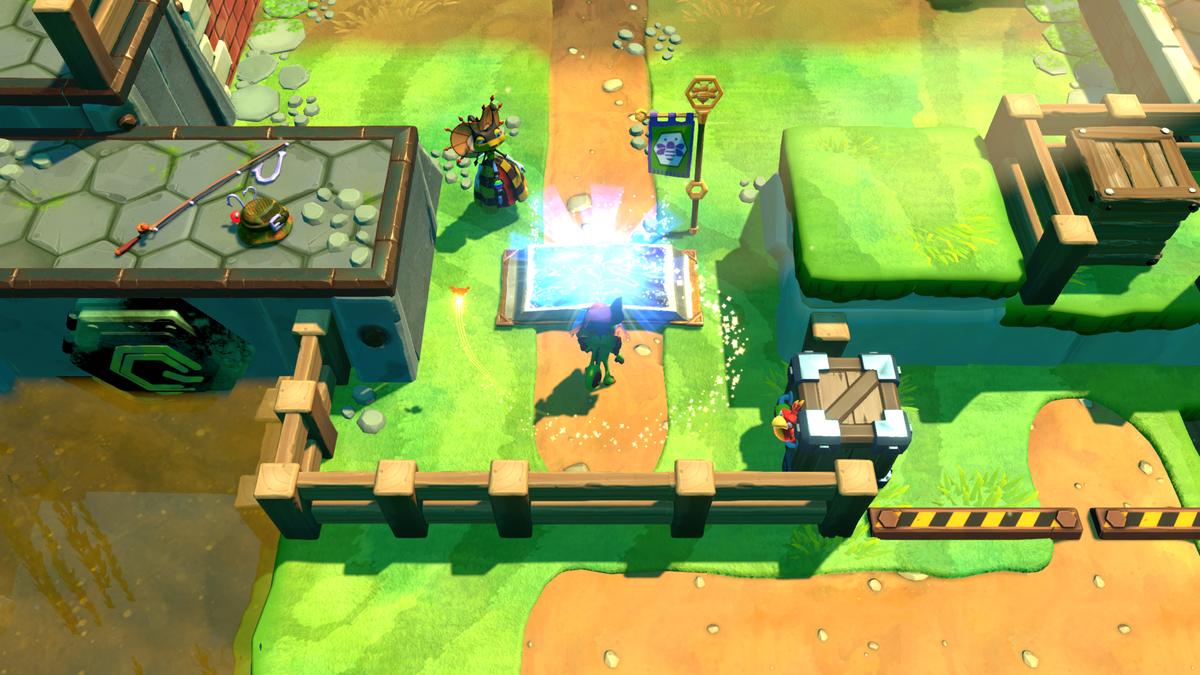 Playtonic made a point to say that the second version of a level would play significantly differently than the original, and that no idea for changing a level is recycled. One example they gave was flooding the level on the overworld, then entering it to find the same level geometry, only now it’s all underwater, forcing Yooka and Laylee to swim through instead. Another example was a level on a drawbridge, where the first time through it’s horizontal, but the second time through it’s been rotated 90 degrees into a more vertical space.

With 20 levels and alternate versions of each, that accounts for 40 of the 48 royal guard members. The remaining eight bees are acquired “elsewhere,” which probably means somehow through the overworld. But it won’t be necessary to catch ’em all. I can picture the speedrun leaderboards right now, with the fastest clears happening after having only completed 10 or 20 levels, whittling down and down until somebody beats the Impossible Lair unassisted, in one perfect run.