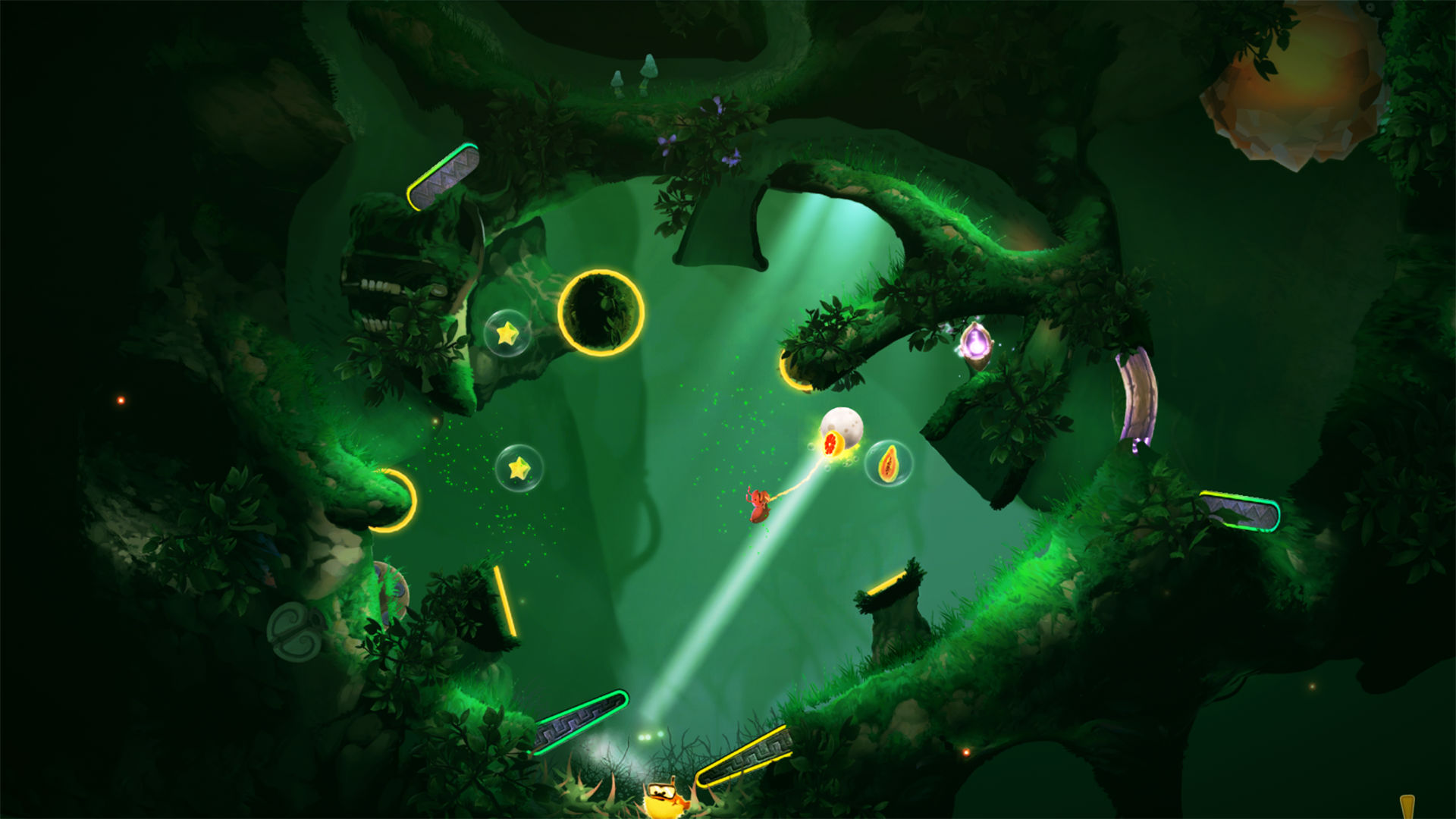 The metroidvania genre brings to mind quite a few things: wide exploration, backtracking, and a hearty level of difficulty. But what you don’t imagine is that someone could mix it with a completely different style of gameplay. Before playing Yoku’s Island Express, I never realized how much the pinball and platforming genres had in common.

Like how the marriage of peanut butter and chocolate changed lives for the better, the strange and miraculous fusion of pinball and metroidvania styles has the potential to do the same. 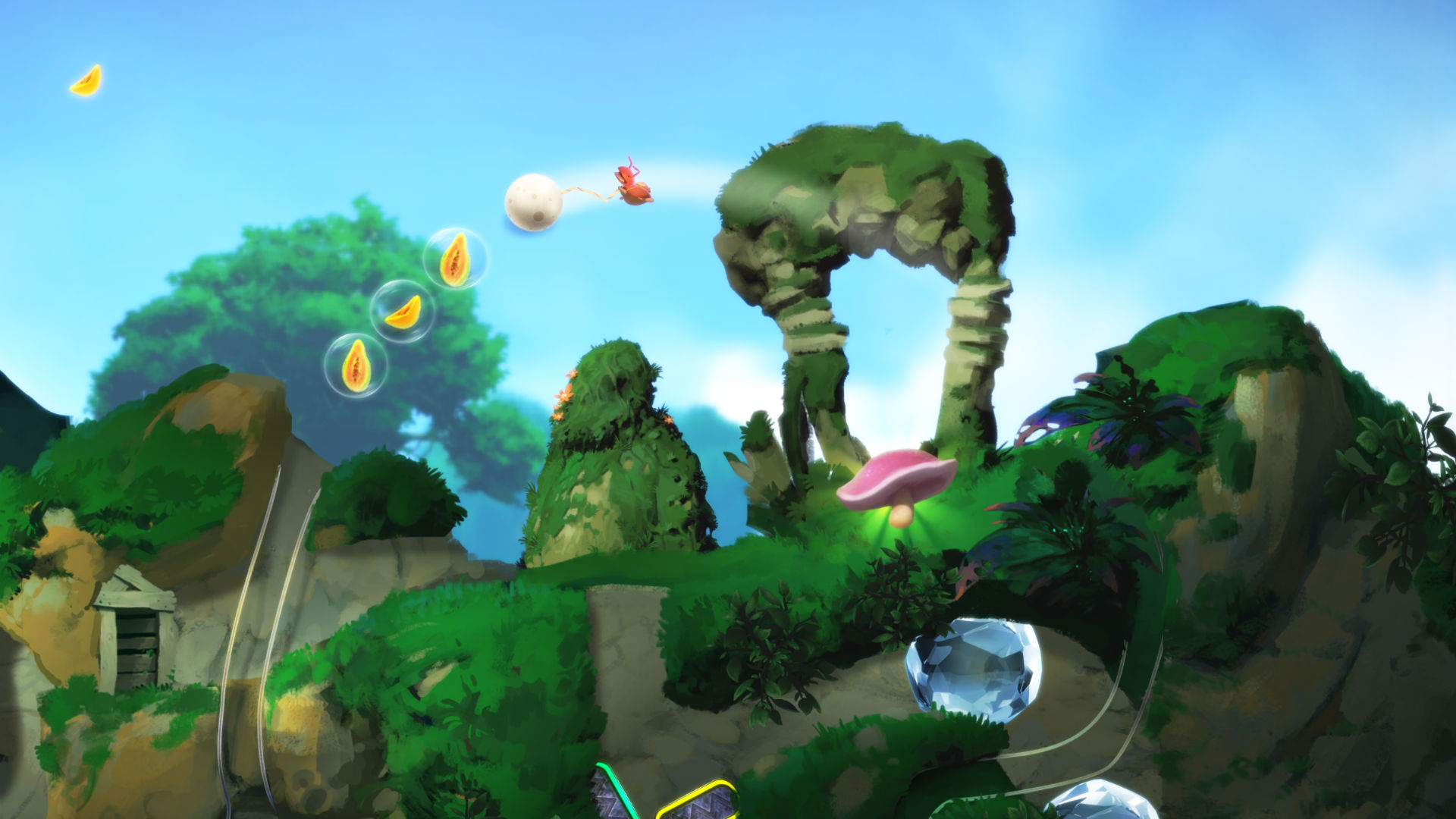 In Yoku, you play as a pillbug who’s taking over the postman duties on a mysterious island. That’s pretty much all you need to know, really. There’s a deity in the center of the island wrecking the world in the background and your little pillbug postman happens to be riding a giant ball, but part of Yoku’s charm is how little you really need to dig in to enjoy. What struck me the most about Yoku Island Express’ presentation was developer Villa Gorilla’s approach to the concept.

Distilling pinball’s concept down to its base essentials (meaning stripping away the crazy lights, sounds, and a full tilt) and enhancing the mechanical satisfaction of well placed bumpers — which all make a satisfying click when in use — left me with an experience I had melted in to. My time with the demo was spent in the opening jungle area in which I had to feed a mushroom to an eel in order to progress. Exploration in a metroidvania style game can sometimes feel like a chore, but without enemies to worry about or a harsh punishment for failure (you don’t lose lives or have to start over from a checkpoint), it’s all about bumping your ball around to grab enough fruit in order to unlock a door to a mushroom. It’s as cute and nonsensical as this sentence implies. 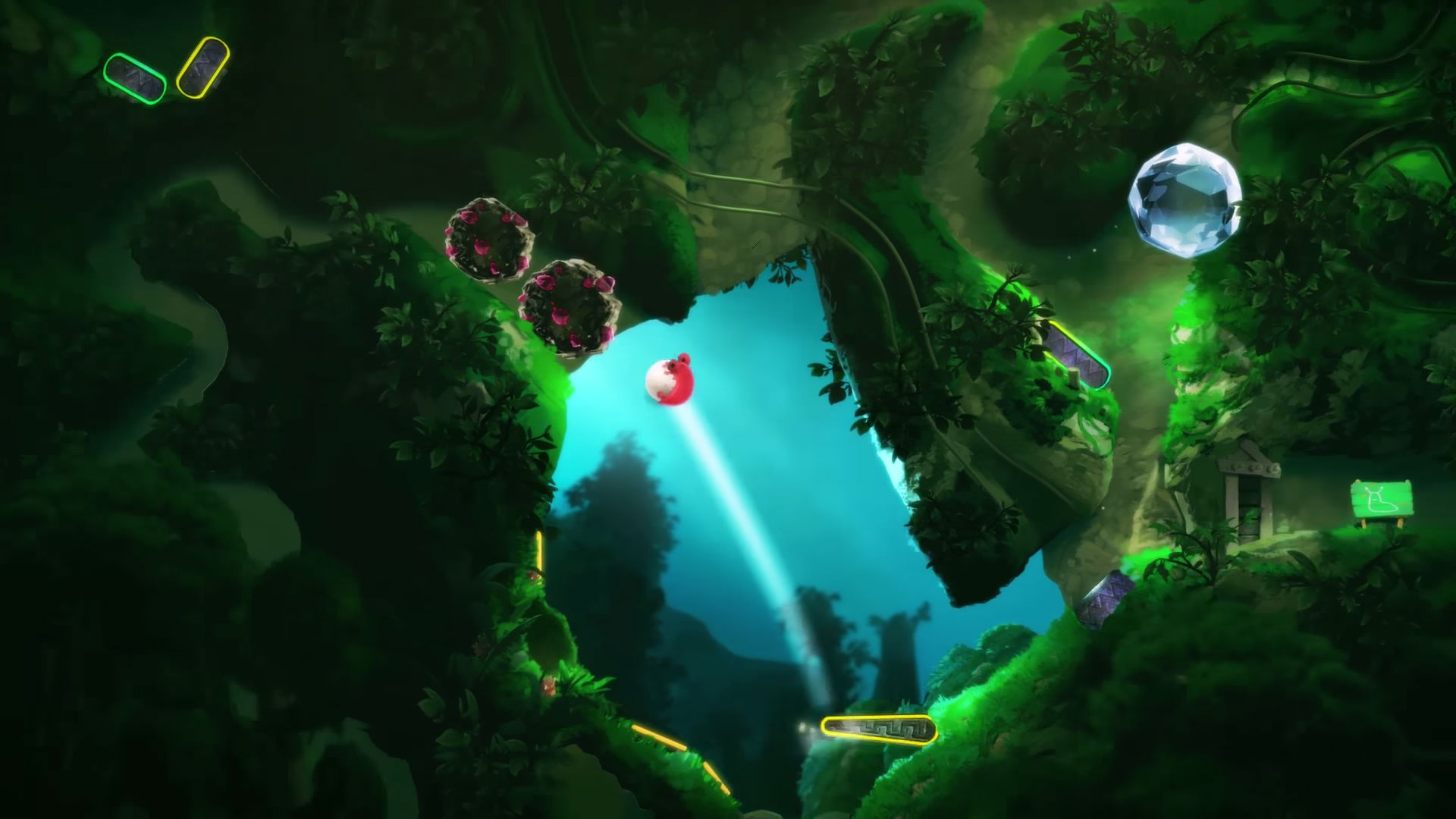 Before I knew it, I had spent half an hour just experimenting with the pinball physics. But most importantly, when I got a wide view of the map itself, I had inadvertently opened up about 30% of the first map.

Yoku’s Island Express is so pleasant and chill, it’s dangerous. Yoku is releasing next year for PlayStation 4, Xbox One, Nintendo Switch and PC.