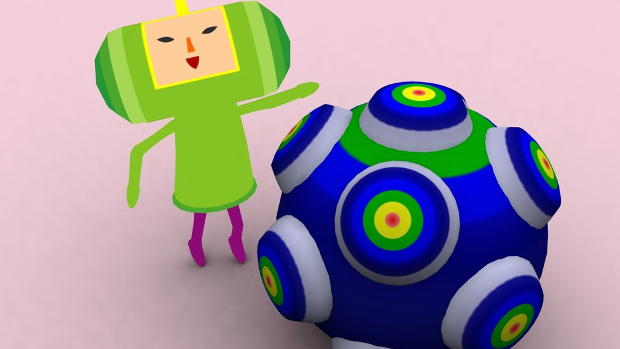 Repurpose that exercise ball you swore you’d totally use

I don’t know if controllers will cut it after watching the unabashed joy on the faces of folk playing Katamari Damacy with a yoga ball turned controller while the screen is projected onto the side of a building. The video comes from London (Ontario) Fringe Festival’s Nuit Blanche, which seems like a happening place if this is the sort of thing it boasts.

The original, smaller scale idea and blueprints came from Kellbot. Ron LeBlanc adapted them at the behest of huge Katamari fan Chris McInnis who headed the exhibit, built the controller’s wood frame, and worked on the Katamari costumes. Kudos all around — the exhibit looks like it was a huge hit. So many smiles.

In other news, I think “Katamari Yoga” is my newest business venture. It just sounds like a thing people would do. I’m going to be…rolling in the dough.