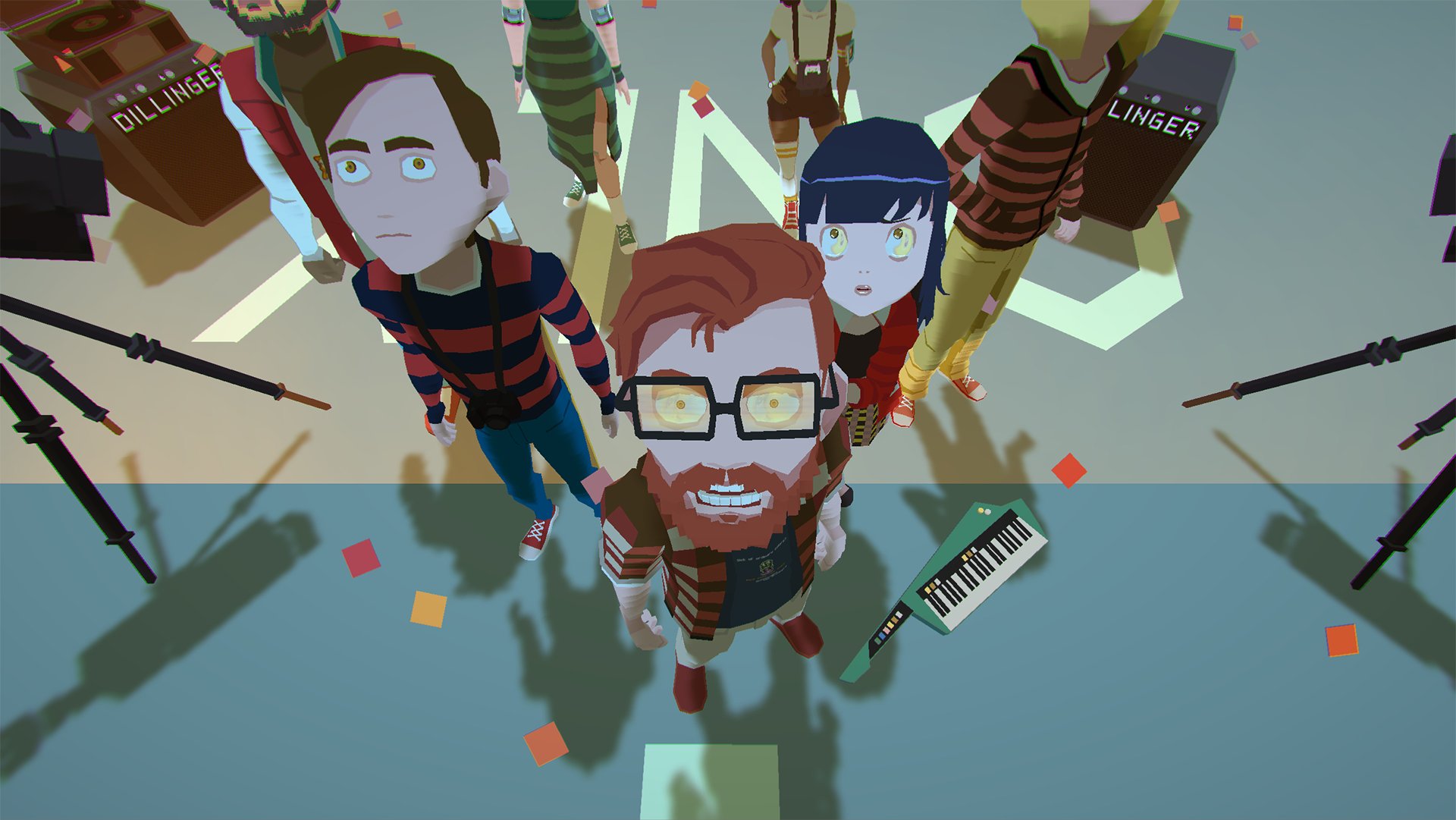 Weirdness is a taut rope to walk — too little and it distracts, too much and it’s overpowering. It has to be just the right amount, mixed with enough sincerity to keep the whole affair from feeling twee or, even worse, smug.

From what I played, YIIK’s sincerity doesn’t lie in any sort of emotional resonance (see also: Deadly Premonition‘s surprisingly affecting climax). I didn’t expect it to; I played a 30 minute-ish sliver of a 25+ hour game, that’s not exactly where most storytellers throw their hardest emotional punches. Rather, it commits to a sense of atmosphere that makes the player feel like they’ve been thrown head-first into a “monster of the week” story from an X-Files-esque show where hipsters solve mysteries. That’s all right by me.

“There are very strange things that happen, and they have answers,” said co-director Andrew Allanson, when I asked if the story’s initial mystery would be solved by the end of the game. “Some are up to player interpretation, but YIIK is not so far up its own ass that it won’t make any sense.” 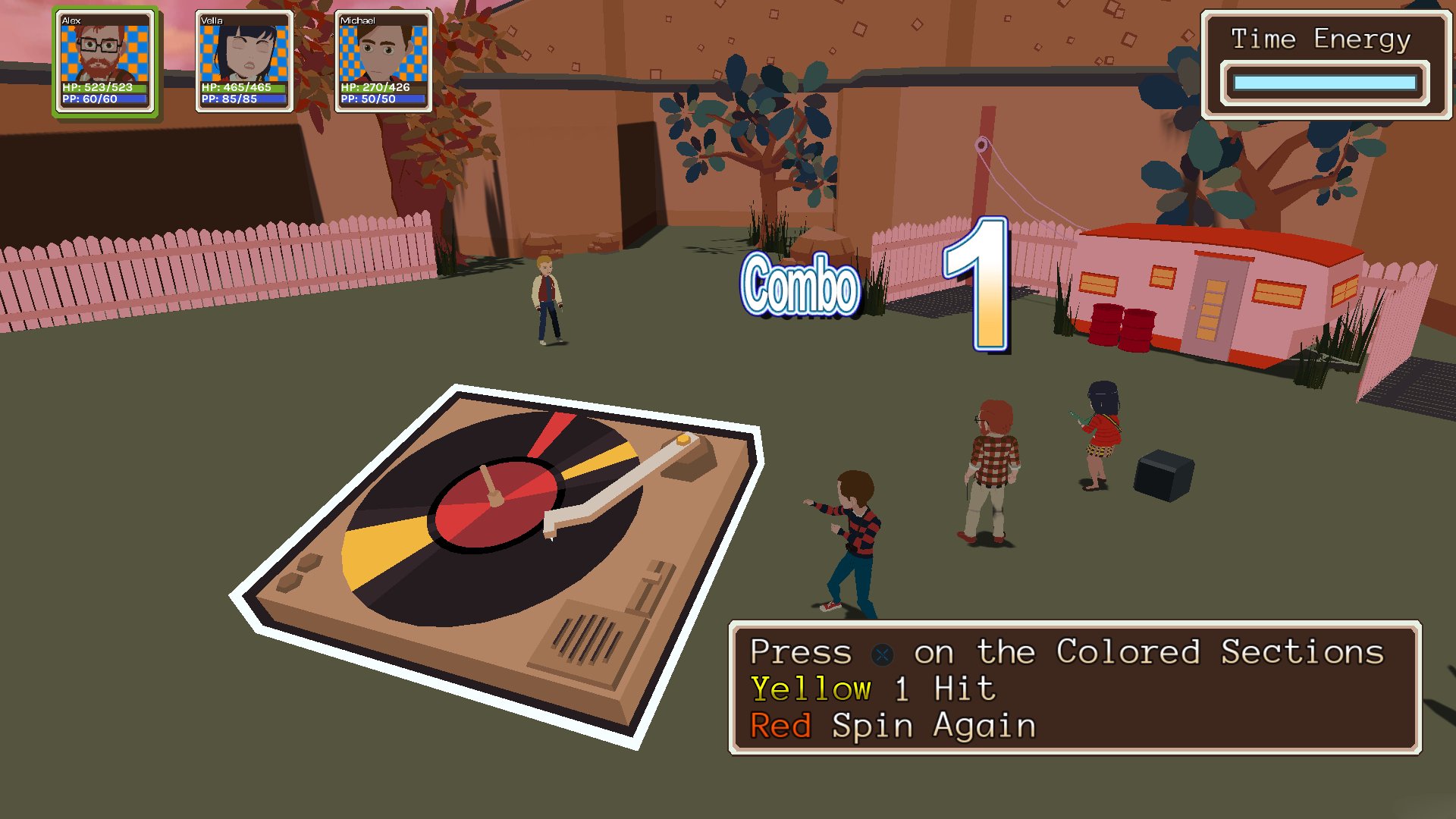 That was a growing concern of mine ever since I saw the game’s tagline: “A postmodern RPG.” Images of painfully drawn-out “ironic” battles flooded my brain, in between flashes of cutscenes where it turns out you were the bad guy all along. Who-ah. But my fears were assuaged when Allanson elaborated on the subtitle. The team at Ackk Games are pulling from legitimately postmodern works like Thomas Pynchon’s novel Inherent Vice, bringing along a healthy dose of surrealism from that particular genre.

This is how we return to the concept of “weirdness” — a word which here means “going off to the races based solely on the concept that something just ain’t right” You don’t fight rats or wizards in this RPG, at least not yet. Instead, you are accosted by townspeople who just want to beat the ever-loving piss out of you for their own petty reasons. A fine allegory for the average Cosimano family reunion, to be sure, but I was far more engaged with the battle system than the raison d’etre for the fights. Sure it’s funny the first time someone hollers at you for the crime of striking up a conversation, like a Pokemon trainer who just escaped Arkham Asylum, but it didn’t last more than 30 minutes.

That battle system is admittedly quite engaging, though. I often prefer full turn-based combat in my RPGs, especially because I like to catch up on internet videos while I grind levels for some of my weaker party members. YIIK‘s standard attacks have timing-based minigames attached, e.g. ‘pull back the left stick and release on the count of three’ to increase damage. Between the three playable characters and their individual routines, there’s enough variety on the surface to carry each minigame. It helps that the game also includes a time dilation mechanic that allows players to slow or speed up the minigames. 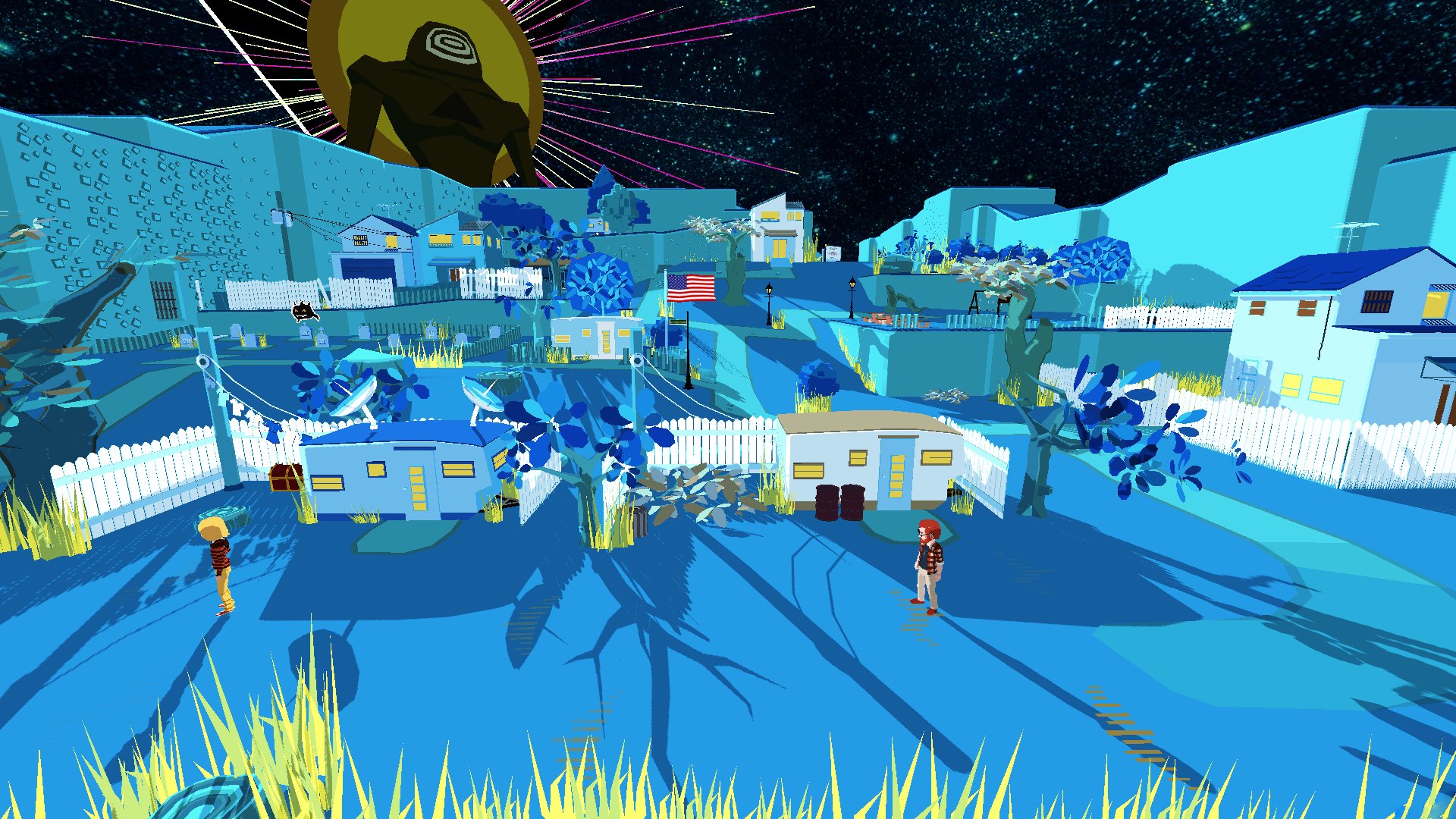 For all my concerns about the moment-to-moment jokes not holding up for the game’s full runtime, I found the overarching story more than compelling. You play as a group of message board friends in the year 1999, investigating the mysterious (dare I say…supernatural??) disappearance of a young woman. It emulates the feeling of being an Internet Detective quite well — you’re not really looking into anything that matters, but you’re tearing into it super hard nonetheless. The characters reflect that, demonstrating a simultaneous ravenous interest and also super-cool disaffected attitude towards the whole affair.

The game’s visual style also has a certain flavor that I appreciated. Characters in the overworld are missing frames, almost causing them to look stop-motion animated. Having recently re-watched the stop-motion fantasy/horror film Coraline, I found YIIK‘s world more than reminiscent of Laika’s offbeat creation, at least during the film’s more visually inventive moments. That could be a result of the movie being fresh in my cranium, but it’s a connection I found hard to shake. It’s certainly more colorful than Coraline, but both works feel “wrong” in similar ways. That’s not quite what the world looks like, although you can sort of see how the artist got to that point.

I’m not quite sure whether I’ll want to spend the full 25-30 hours in YIIK‘s world once it hits this summer. The cracks in the game’s sense of humor are visible, but they’re deferred by the interesting main characters and world building — not to mention the inventive battle system. No matter how much of this game I end up seeing, YIIK‘s early goings convinced me it’s worth a shot.