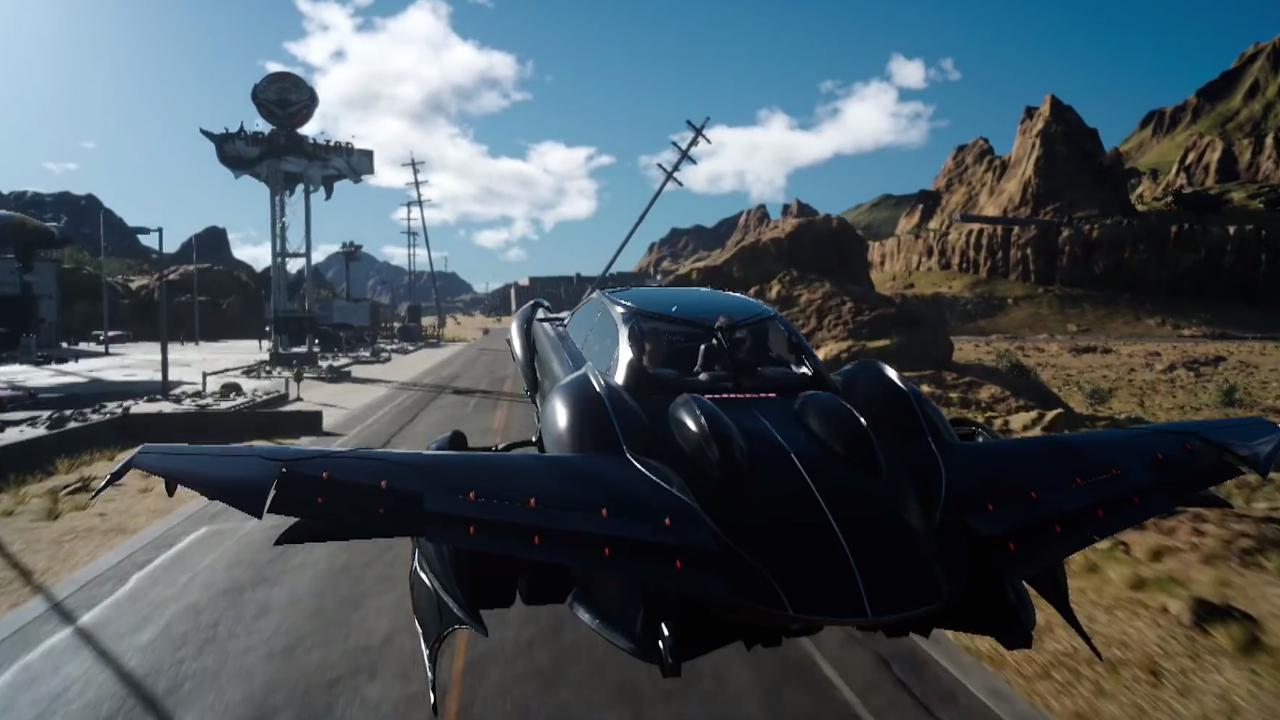 But you don’t get it until the end

That quiet riot of a slick, black Cadillac that’s almost a character unto itself in Final Fantasy XV‘s bro’d-trip can sprout wings and take to the sky, Square Enix teased at last week’s weird-ass Final Fantasy XV event.

Square confirmed with Game Informer that the flying vehicle is fully controllable, like previous airships in the series. However, your elevation doesn’t mean you can cross the map in a few seconds like you did in the more pixel-y days. Also, there aren’t too many details, but it looks like you have to put some effort into landing, too, rather than just tap a “land” button.

“The player will obtain the flying Regalia near the end of the game as an additional challenge,” director Hajime Tabata said. “When certain conditions are met, the car is remodeled to the flying model.” That placement makes sense. The ship couldn’t exactly be integral to the game’s design given that the team wasn’t even sure the airship would make it in in the first place (suggesting that if the airship missed launch, it’d come as DLC). There won’t be sky encounters either.

Still, kind of a neat way to keep the Regalia (that’s the car’s name; it belonged to Noctis’ father) as part of the crew, rather than ditching it when new air transport shows up. Glad the airship is making Final Fantasy XV‘s launch.

Also, do you guys remember the god damn yacht the crew drives at one point? It’s not one of the car transformations or anything. I’d just forgotten about it. What a world.