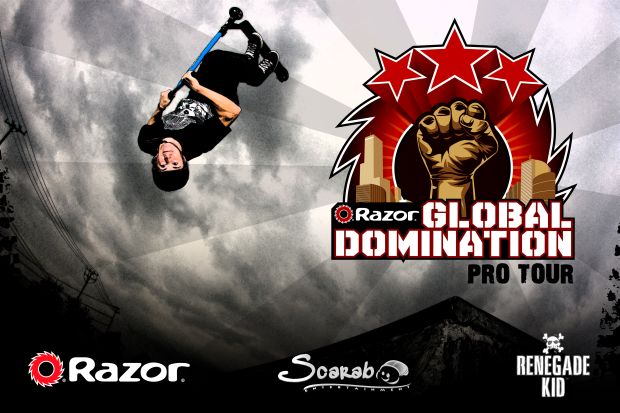 Remember the whole Razor scooter fad? Like, from back in 1999? And when there were even games about it back on the PlayStation 1? Well here I am in 2014 writing about the development of a new Razor scooter game in the works for the Xbox One, PlayStation 4, and Wii U. I can’t believe I just wrote this sentence.

Renegade Kid (makers of such titles as Moon, Dementium, Mutant Mudds Deluxe) are developing Razor Global Domination Pro Tour, which will be out sometime in 2015. How there is a market for this at all is just beyond me.

Seriously, is someone pulling a prank on us? Did I get sucked into a parallel dimension?