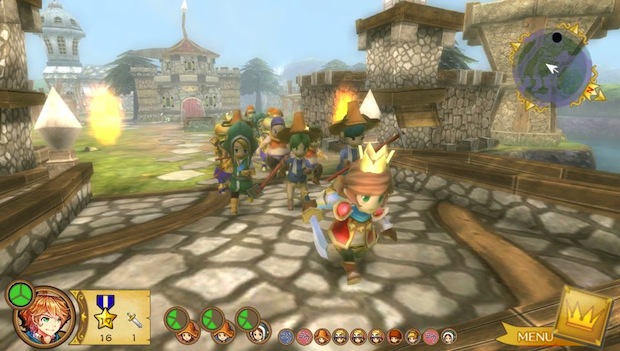 Konami has announced that New Little King’s Story will be released for the PlayStation Vita this summer as a digital download. There’s a new storyline where players will follow King Corobo, who has to reclaim his kingdom from The Nightmare, the Devil King. There’s seven kingdoms to visit on a trek to save the princess.

This title will take advantage of the Vita’s features, meaning that the visuals are upgraded and touch controls are in place (including the rear touchpad). Imagine gathering your army by drawing a circle with your finger on the touchscreen.