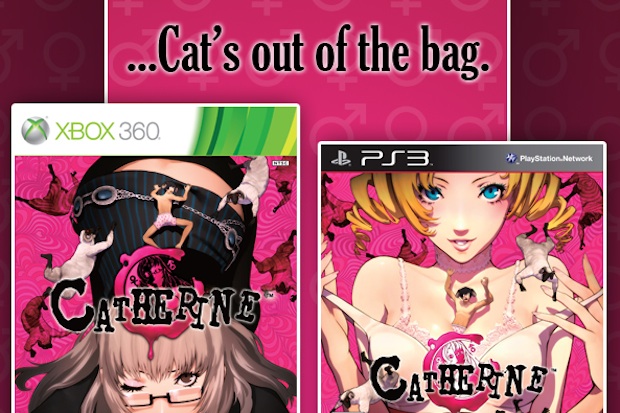 I don’t know what the hell took them so long to confirm. Maybe Atlus had something fun planned, but that Gamestop leak ruined it. Who knows. All that matters is that Catherine has been officially confirmed for a Summer 2011 release for PS3 and Xbox 360.

There’s a preview site up for the game with links for Amazon.com pre-orders.

Also, that preview of the Japanese version is coming. Hang in there.

Oh, and Atlus: We didn’t believe that “no plans” crap for a second!

[Update: Better shots of the US boxart for both PS3 and Xbox 360 have been added to the gallery.]