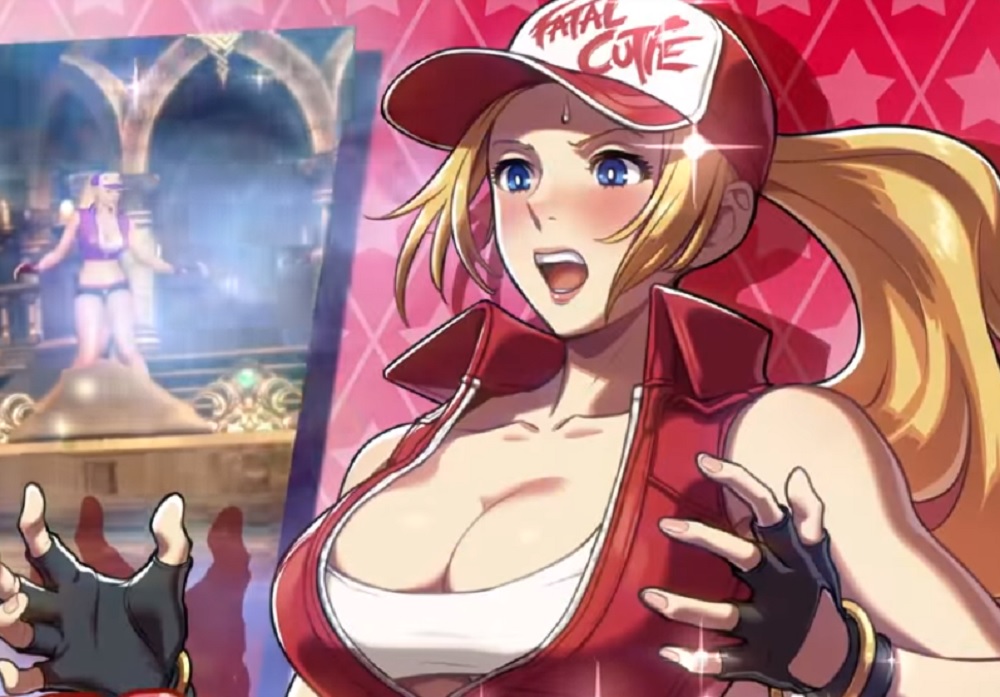 SNK have revealed the final roster member of SNK Heroines: Tag Team Frenzy and, as predicted, its none other than a genderbent version of Fatal Fury’s lead hero, Terry Bogard.

Terry, sporting her all new look and modified costume, joins the fray rockin’ the same set of moves she’s always brought to the battle; Power Wave, Crack Shoot, Burn Knuckle and, of course, the notorious BUSTAH WULF! Incidentally, this isn’t the first time female Terry has appeared either, as she also showed up in the Japan-only mobile title Hero Kimi x KOF earlier this year.

With the addition of Terry, the main roster for SNK Heroines: Tag Team Frenzy is now complete. I’ll be honest, there’s a whole bunch of great SNK gals who could’ve made the cut (no Metal Slug, really?) with the final roster featuring too many KoF XIV competitors, but this is clearly a budgetary decision, so it is what it is.

Leona, Kula, Mai, Terry and Co. will be teaming up and throwing down on PS4 and Nintendo Switch September 7.