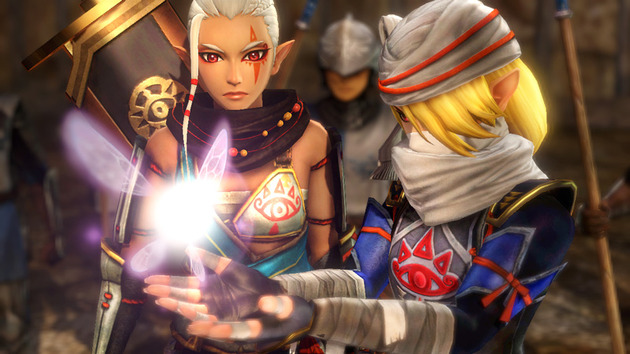 Sheik’s character trailer is out for Hyrule Warriors, and I’m satisfied. With equal amounts harp carnage, ninja moves, and speed, Sheik is a forced to be reckoned with. Out of all of the fighters I’ve seen so far, Sheik is one of the fastest, if not the fastest in the game.

I love that “ninja run,” where characters have their arms backward, while destruction is happening all around them.