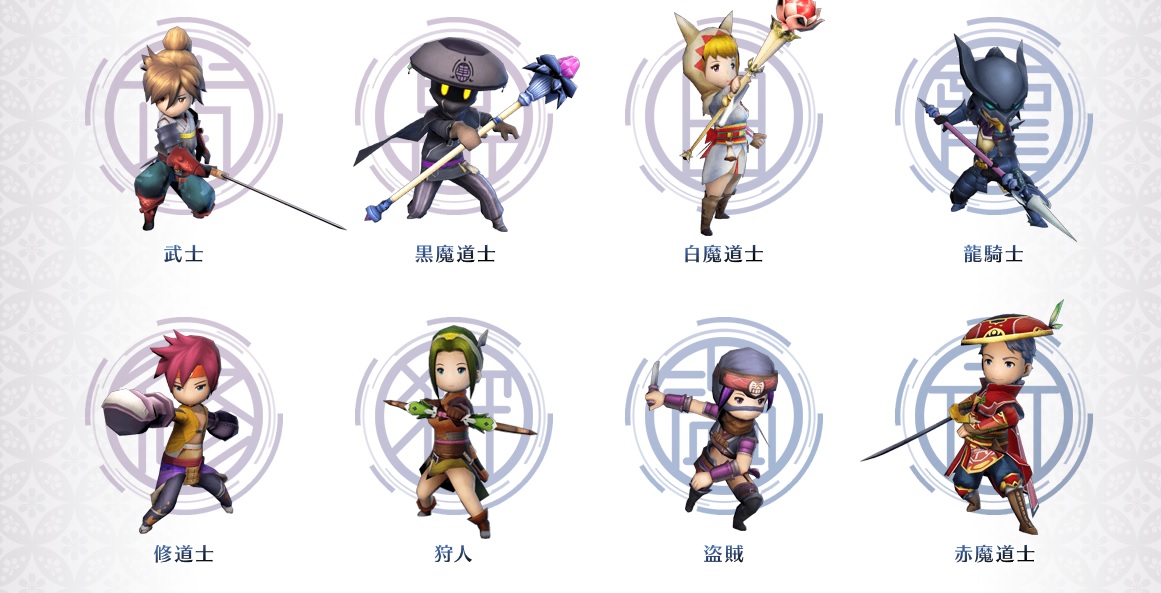 A few weeks ago Square Enix revealed Samurai Rising, a new action RPG that features a job-based system and many familiar Final Fantasy themes. That’s even more apparent now that the official site is open, with a whole host of job descriptions. You’ll probably recognize a few obvious ones, like the Black, White, and Red Mages, as well as the Dragoon. Yep, this game looks like it was made for me.

Before you get too excited, remember that the game is only slated for Android and iOS in Japan at the moment!