Nearly four years. That’s how long Hyrule Warriors has been out, and very few people have probably 100%-ed it.

I don’t blame them! While the core loop is fun and the roster is on point, upgrading every single hero and villain and obtaining every key item for them would take hundreds of hours. I spent a few hundred of my own just working on a few of my favorites, and I’ll probably spend at least half of that on Switch with the Definitive Edition all over again. 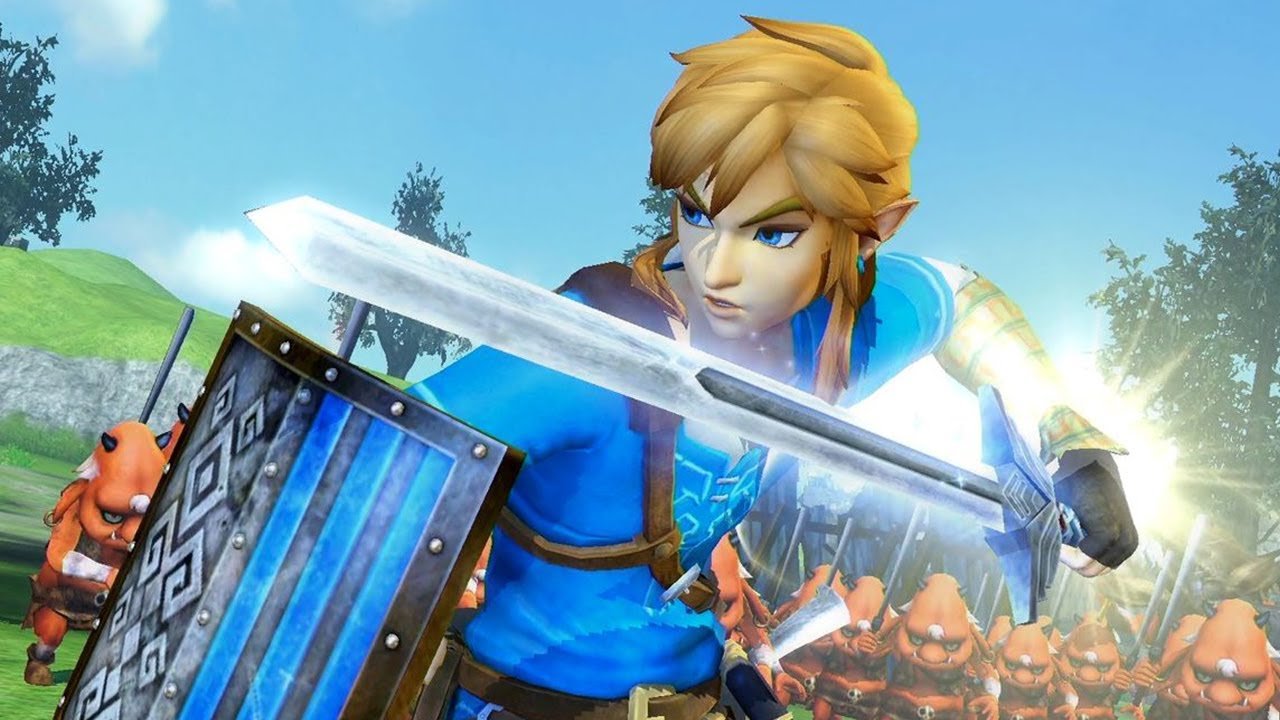 Hyrule Warriors hasn’t magically mended any of its shortcomings just because it hit Switch. There’s more content to work through (mostly maps) and more characters, but this is basically the same Warriors formula hack and slash it was before.

This time though when Koei Tecmo and Nintendo say “definitive,” they mean it. This version includes all of the DLC present on both the Wii U and the 3DS editions, including the massive avalanche of stuff to do that are the Wii U and 3DS season passes. “Definitive”in this case would also count the myriad free updates Koei Tecmo pumped out, perhaps one of the most upgraded games in Warriors history, like the amiibo patch, new level caps, and additional medals and crafting options. Oh, and all the DLC weapons are there too. Like I said, it’s a massive amount of stuff that’s been added to each version of the game over the course of two years. You rarely see that level of support, paid or free.

That said, you’re going to have to ramp up and work into some of this stuff. It’s annoying, especially if you’ve ran through the game twice already on two different systems, since nothing is unlocked at the start. Beating the first level unlocks roughly half the cast, but not all the levels in free mode. You do get all nine maps after the inaugural stage and you can still skip cutscenes, but there are going to be map levels you can’t complete because you don’t have the right item (obtained from the story). I made up for it by trying out characters I had never used in story mode, attempting strategies with new weapons, and so on. Hyrule Warriors has a lot of variety for a Musou title, and it showed in spite of my grievance with having to repeat the narrative for unlocks.

The new maps are key to really putting the cherry on top of this package. When the campaign is said and done, you’ve done all you can in the score attack challenges, and a co-op partner isn’t available, making your way through nine extra massive adventures is a great way to pass the time. For me they’re the highlight of nearly any Warriors game to date, as they double as micro adventures with light puzzles and items to manage while presenting new tasks to hack your way through and provide legitimate rewards to boot.

Speaking of co-op, and this isn’t necessarily the fault of the Switch per se, but I really miss split-screen Wii U multiplayer. Note that while split-screen is supported, the Wii U made clever use of the GamePad to give one player their own (slightly laggy) screen while the other played with a completely free TV. It was my favorite way to play the game, and practically no other Wii U title supported the feature to the point where we may never see it again. Co-op is 1080p with two players on the same TV, and the framerate is mostly stable in both TV and portable modes. Solo on a TV I saw almost no slowdown, if any, and in portable mode it’s consistently smooth.

Hyrule Warriors: Definitive Edition is pushing it, given that there’s already been a portable “definitive” release with previous DLC and then some, but if you skipped out on the 3DS release entirely (because it ran poorly on non-“New” models) or haven’t played Hyrule in any form yet, it’s going to be a much more enticing prospect.